These are the two letters in the Graphic that Wynne referred to on 22nd.  And a cartoon below: The Lion Woke!

Britain became involved in a naval arms race with Germany 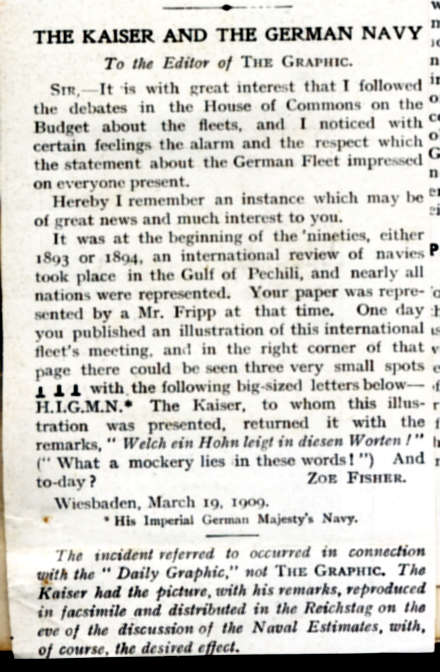 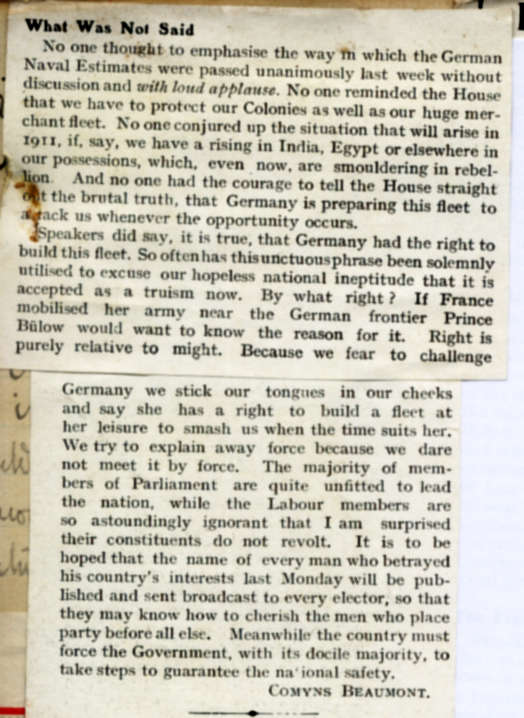 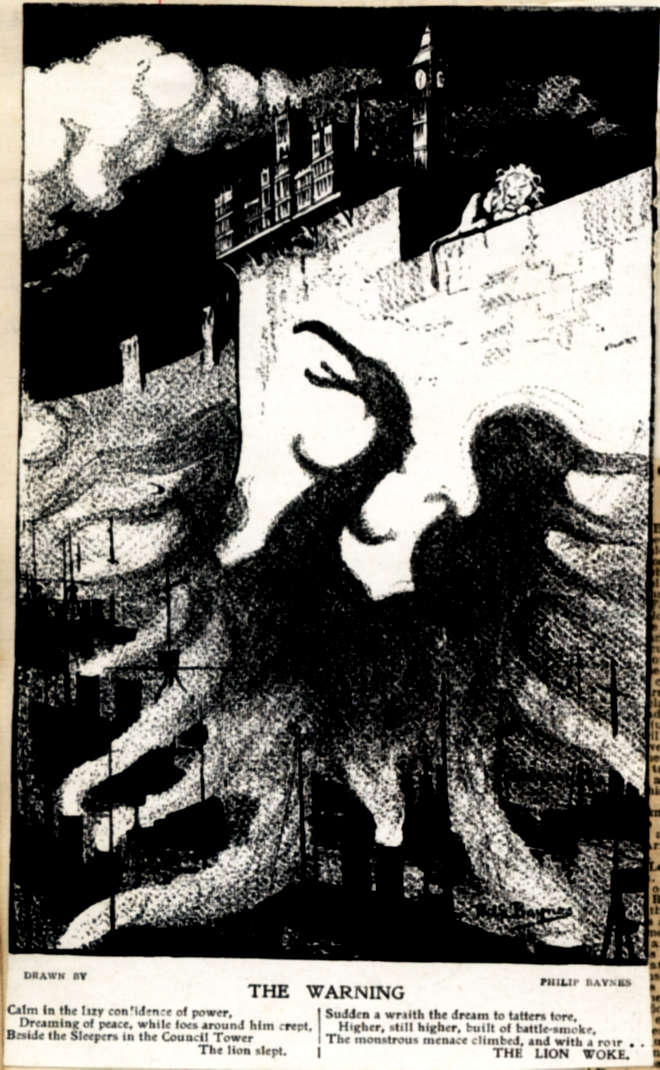 Calm in the lazy confidence of power, Dreaming of peace while foes around him slept,
Beside the Sleepers in the Council tower, the lion slept.

Sudden a wraith the dream to tatters tore, Higher, still higher, built of battle-smoke,
The monstrous menace climbed, and with a roar…
THE LION WOKE.