March 7th, Sunday
A whole ten days has been left out here but as the whole of it has been spent in being ill by the entire household I really didn’t feel as if I could be bothered. When the elder children began to improve the baby went down with it and got such earache poor mite and was so bad that upon two successive days we ha to administer bromide which sent her off into a dead sleep and gave her two good nights. H and I were at our wits end. We could not get out of the sound of her wails and it just nearly drove us wild. Now they are better I am down again. I am so tired of everything and long for summer and a cessation from colds and depressions. Every house one hears from, they all have flu mildly or badly and one gets so tired of it all.

March 12th, Friday
I have had to leave out all this week again as I have spent it in bed with flu. I don’t know when I felt so ill for so long together, a real brute, and all yesterday and today the children have been ill again. Tonight they seem better so I do trust and pray we are out of the wood for a while.

March 13th
Major Gillson dined and told us many amusing quilps and cranks which cheered us up but everything bores me to extinction. I hate to have the children ill. It gets on my nerves more than anything and one cannot get away from the sound of their wailings.

March 14th, Sunday
A day of tearing and howling NE wind. It has been in the same quarter for weeks on end and one does get so tired of it. H’s cold and lumbago was so bad he didn’t come to church.

March 15th, Monday
We are all getting more or less better. We went for a small trot this morning but I still feel such a wreck.

March 16th
Although cold the day has been lovely, not much wind and brilliant sunshine. Mrs Geddes came to discuss the Point to Point being given by the Harrier Ladies, and then Mrs Berkley and Rendell called to ask advice about a dance they want to give at the Institute and lastly the Taylors came to tea, both suffering from horrible colds like everyone else.

March 17th
This is my dear St Patrick’s birthday, he is actually 50 years old whilst I this June pass Tabby Corner!! I gave him two bits of china. I don’t know that he cared much for them but they aren’t really bad and his Mother sent him a dear little plate. He got innumerable letters from home containing various items of ill news.

March 18th
H left early on a staff tour down to Gillingham and ever since he left it has been pouring with rain. This means a merciful change of wind and a thaw of our blessed pipes. It is awful being without water.

March 19th, Friday
Mother’s birthday, many happy returns! We have been all round the camp this morning leaving magazines on various oddments and I am thankful to have got them done. After lunch I went down to our nursing lecture. I got to the school expecting to find all ready and was amazed to discover nothing was there. Major Geddes produced six forms where we seated ourselves and the lecture began we felt less like a bad dream. There were a good many women present but not half the number I expected.
This evening we had a most riotous dinner party. We played every mad game under the sun: animal grab, Lascelles Russian Scandal and various card nonsense. In animal grab Capt K would be a “Finnen haddock” and when asked what noise that made they all with one accord cried “why sicky noises of course!” At last we had to eject them and they left with much riot. Charles Bridge came in after dinner and was mad keen that we should go to Bracknell to the Aldershot Pt to Pt. but argue as we would there was no squeezing us into their motor so we sadly gave it up. 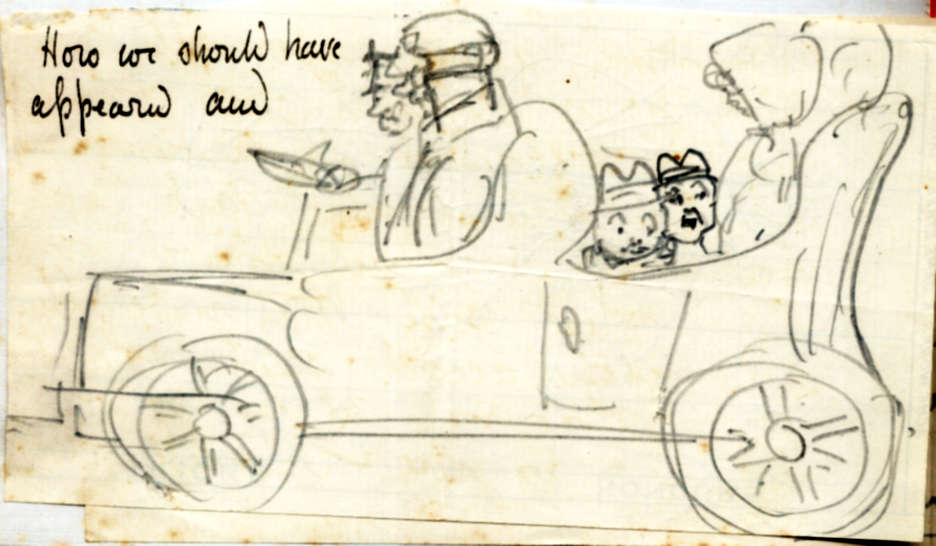