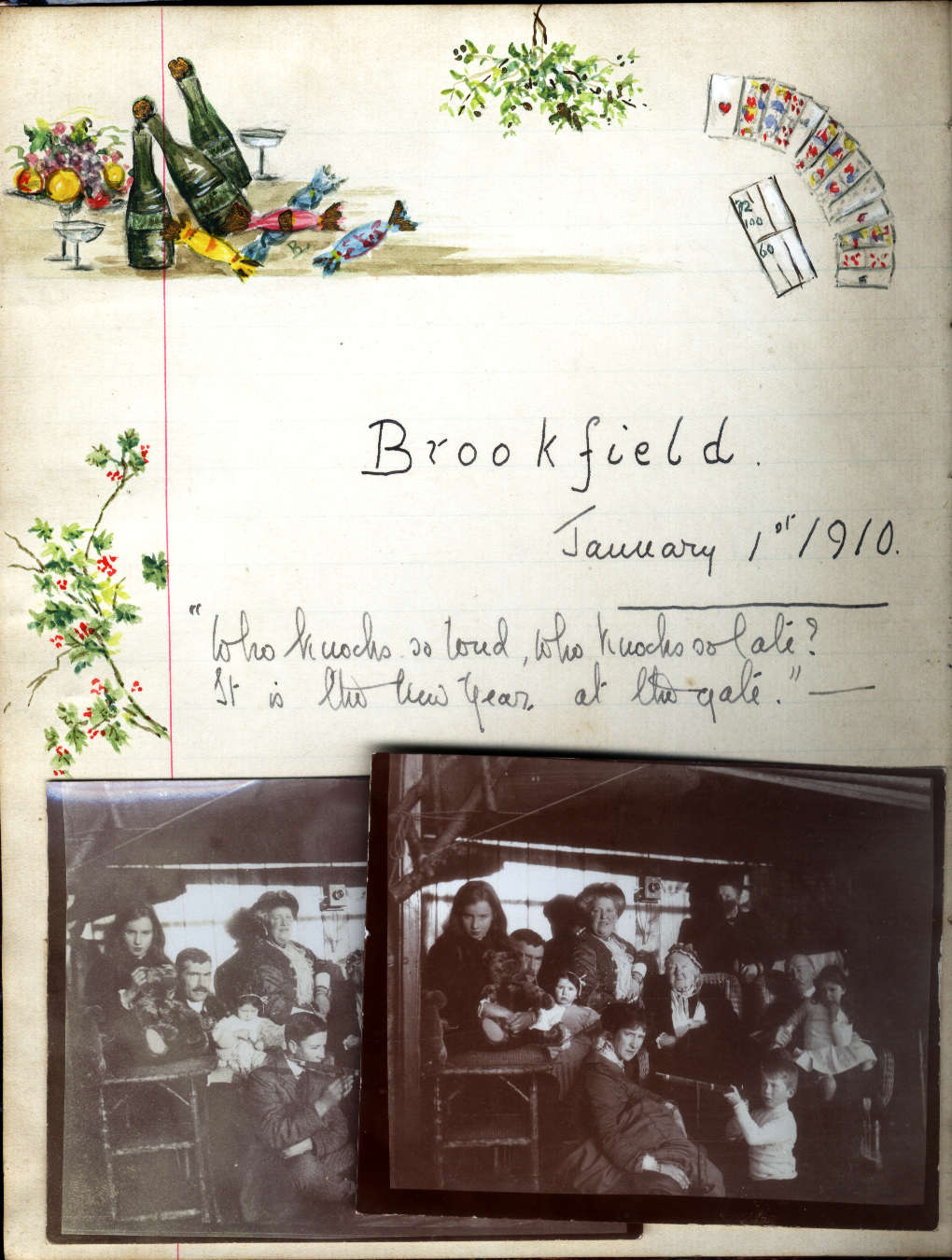 The family in the Shelter in Brookfield’s garden.  In the picture on the right, from the right:

Win Lees with teddy, Herbert, Eleanore on his lap, Blanche with Wynne sitting below her, Gran, Lena (in shadow) Thurie with Nootie on his lap, and Pinkie with gun.

The young man in the picture on the left, sitting below Herbert, is Herman von Poellnitz, Lena and Thurie’s son.  He was obviously deputed to take the second one.