January 1st, Saturday
We had a great night last night. Today we are enjoying a long hard earned rest and it is a blessed calm to feel that there is really nothing whatever to do. The baby who is sleeping in our room at present awoke at 12 so I feel as if I had been doing the New Year thoroughly well.

January 2nd
Eve’s birthday! Many happy returns to her.

Jan 3rd, Monday
Breakfast very late. I hate it and it is awfully demoralising from the servants. I hear them going down at a quarter to eight and Bessie never appears with tea till past 8. They will have to buck up when I take over the reins. I had time to write just one letter when it was 11 and the dogcart took us in to Blandford to shop first and then to lunch at the Coulsons, us being Thurie and I. We played (Bridge) until 6 and I lost about 1/9 at 5 per 100! but we played at home again until 11.30 and I won a good deal back. At 12 all the lights went out and we had wild hunts after candles and matches.

Jan 4th
Spent the morning packing, H and Mother likewise. She leaves for Town tomorrow at the same time as we leave for Ambleside. (The rest of the day in visits and endless Bridge games).

Jan 5th
Up at 7.30 and left at 9.30. We settled down to our long journey which after 12 hours we accomplished without tiredness or mishap arriving at Ted’s house in Windemere at 9.30 having changed at Bath, Bristol and Crewe. We found all well there. (Ted Jackson was Herbert’s youngest brother, the last of 11 surviving children).

Jan 6th
Walked into town before starting for High Close to which we drove in time for lunch and were met on the doorstep by Frank and Maud his wife
Directly after lunch we drove into Ambleside to witness a performance of Iolanthe given by the local talent and which I found distinctly trying after the original. Uncle Frank seems wonderfully well but has to keep to his bed and have daily visits from the Dr. 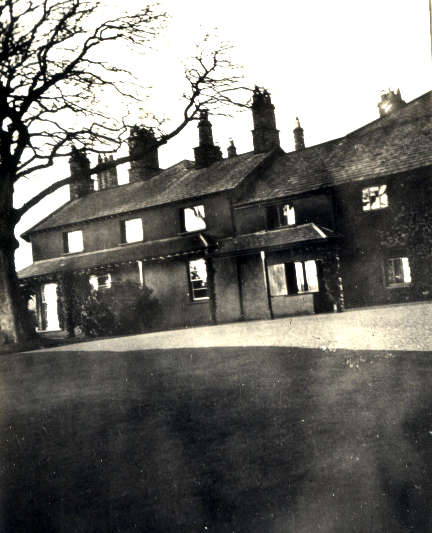 Jan 7th, Friday
In one of my old diaries I came across a little while ago a long description of this place as I found it when I came here nearly 6 years ago.
Uncle Frank poor old man is now an invalid and keeps to his bed with a nurse in constant attendance. He is now married and his wife has been the author of many alterations for the better. I still see signs of stuffed birds in glass cages but the real glory of early Victorianism has departed and wool mats, bead chair antimacassars are no more. The drawing room has undergone such a metamorphosis that none would know it. Instead of the cold unused dingy state apartment it is now a pretty modern room with pale green walls, white paint and several nice pieces of furniture. Frank is as quaint as ever, fussy old maidish, very solicitous of his wife’s welfare whom he addresses as “Maudie little girlie” in his high pitched scrartchy voice. Maudie is about 36 I should think, has beady pill-like eyes, straight black hair which is divided in the middle exposing a high and round forehead giving her the appearance of a cross between Dan Leno and Aunt Letitia!! It is a quaint union but a wise one I am sure, especially for him.

Jan 8th
The weather is worse than ever. At 10.30 the men went off shooting and I braved the elements and took a long walk all round the tarn, which looked grey and cheerless. All the little streams were bursting with a sense of their own importance as they rushed down to meet it. After lunch the men went off again but I stayed indoors. It is a wild night now, the wind rages and howls round the house and all sounds eerie and cold. One is glad of a blazing fire.