July 20th, Wednesday
We experienced today a most beautiful and impressive ceremony, viz. the Memorial Service held in St Paul’s for the unveiling in the Mall of the statue in memory of officers and men fallen in the South African War. We went up by special train, the 9.30 a non stop containing nothing by soldiers and drove to St Paul’s where we met Walter at the North Door. Herbert took part in the procession which escorted HRH the Duke of Connaught and Lord Roberts up the aisle whilst W and I had front seats immediately behind that group. On our right sat old Chelsea pensioners and on the left Beefeaters, all old gunners in the centre of all. In front of HRH was placed a pedestal on which was the electric button for automatically unveiling the statue in the Mall. The service was most impressive. The Artillery band played various funeral marches and then a portion of it and the choir went down to meet the procession. A roll of drums and “For All the Saints” was sung as they walked up, the drums being played between each verse. After some prayers and “Fight the Good Fight” the Last Post was sounded. I shall never forget that call, its long drawn out wailing notes echoing away up into that vast dome. 2 or 3 more prayers then followed and the trumpeter sounded Reveillé, the old one, that fascinating and weird call with its two last notes sounding so like “Wake Up”. This was followed by “Onward Christian Soldiers” and the National Anthem and we all filed out. Driving to the Mall we saw the statue and many old friends. A similar service had been carried on there. 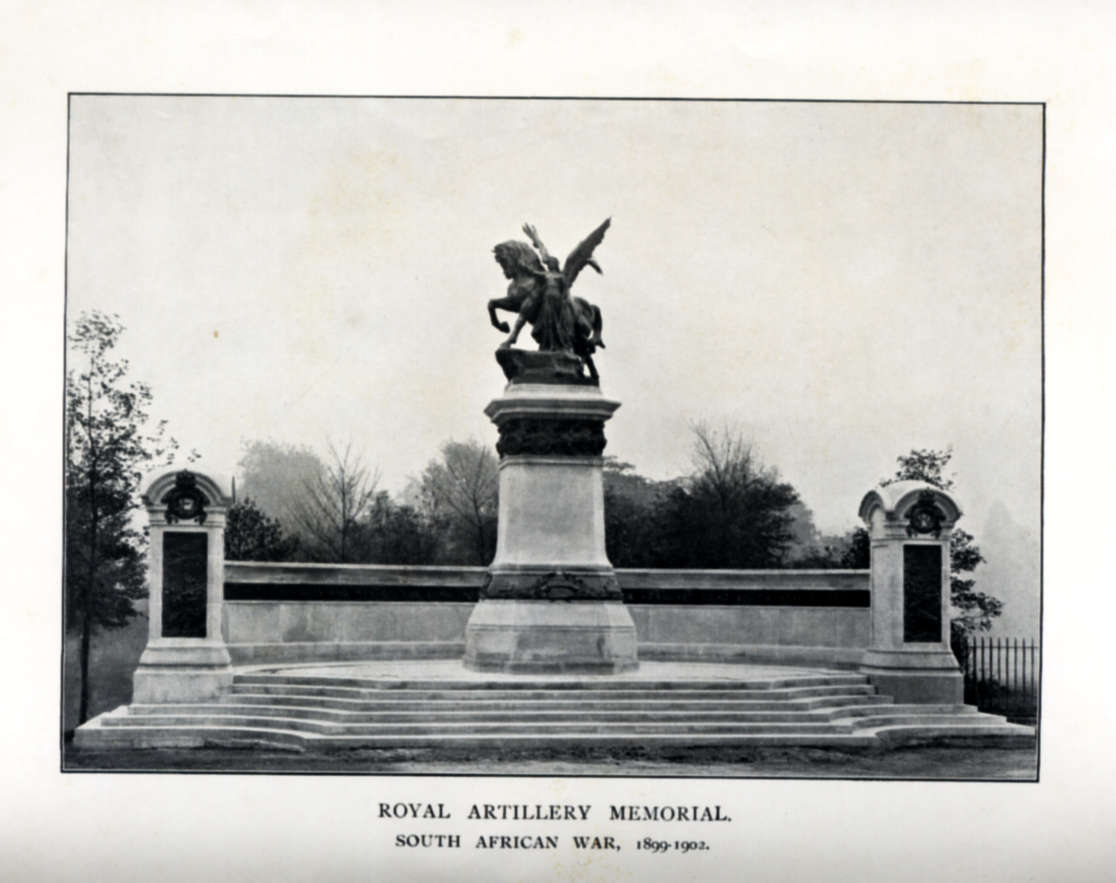 July 21st
The house was surrounded by soldiers this morning, all along the road they streamed and many guns trailing along too. It was one of H’s Field Days and he did’t get back till 3.30.

July 24th, Friday
We were at the R.A.Sports all afternoon. The kind Grays came and took us in their motor and it was quite amusing.

July 24th, Sunday
A horrible day of wet and wind. We went to Church for the first time and found all quite nice, good music, a surplus choir and good sermon but seats abominably uncomfortable, veritable stools of penance.

July 25th, Tuesday
Mrs Gray came to fetch me after lunch and took me calling on the Findlays. I did 5 others and found most of them at home. A day well spent. In the morning we went up to the common to watch the Field operations but it was dullish and we didn’t see much. 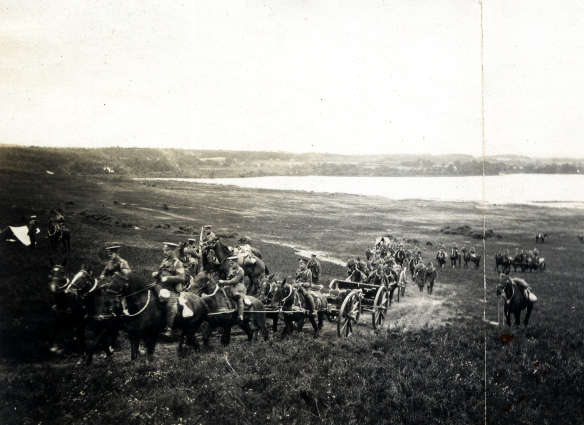 July 27th,
At 10 Mrs Gray came again with her lovely motor and took W and me off to Frensham to view the battle. What a curious place it is, a great heather covered hollow with a lake at the bottom and there we came upon a large army, the road strewn with baggage and supply waggons, the plain covered with guns, hills ditto whilst the heads stood upon the latter directing operations. The guns were firing away for all they were worth and we found and conversed with Herbert and his little lot, following them up after they advanced. After lunch at home I dragged W out calling again and got through 6 only finding Mrs Woodroffe home. Calling is a most tedious occupation as distances are so great here and I have so many to do.

July 29th, Friday
I took Herbert off to the Duffus At Home where we found a large concourse of people. I saw many strangers and was introduced to many new people. It was very well managed and arranged with refreshments in tons.

July 30th
We went to the Cameron Sports at 3.30. We drove in the brougham, my first drive in it, and I am delighted with it, so comfortable and smart. The sports were good and one saw many new things such as sword dancing, reels, gym displays and heard the lovely pip and drum band playing.