March 7th, Monday
Our merry party has broken up. Frank Salmon has left, also Herman. Mother and I spent the afternoon at Harrods, Swan and Edgar and the Club where we had tea and then returned to a quiet evening. 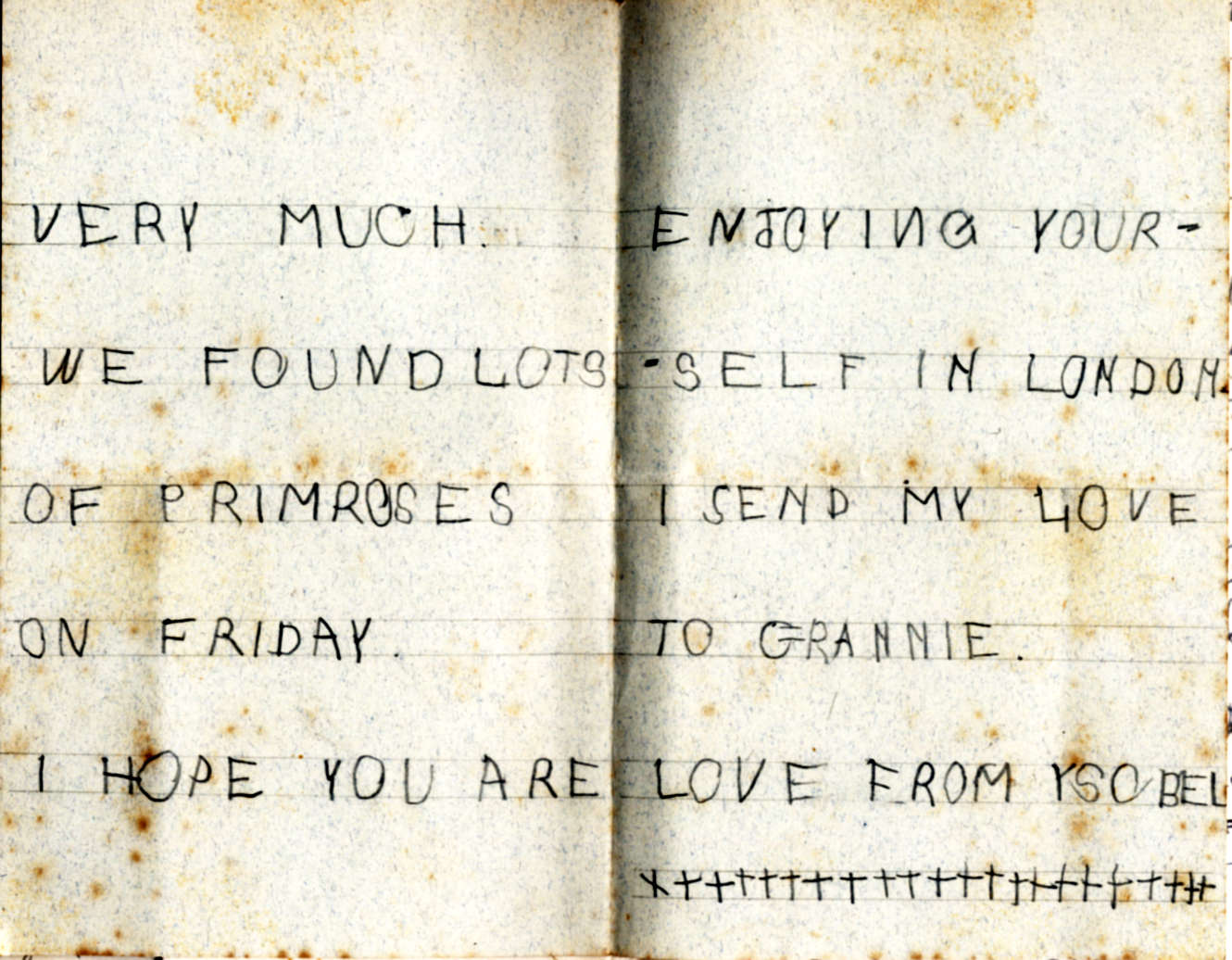 March 8th
Amongst my letters this morning came one from Pinkie (on right) and Nootie (left), their first to me all written by themselves. I put them here and shall treasure them. 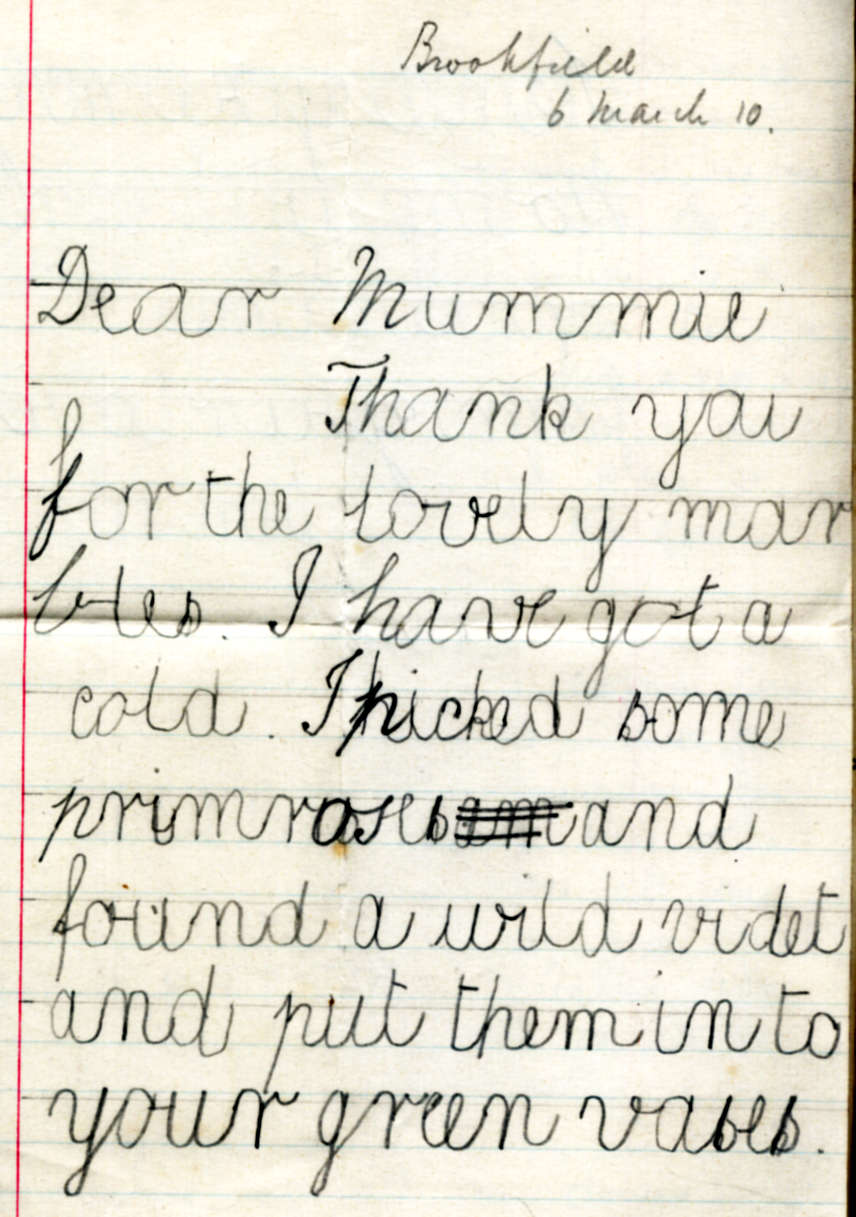 March 9th
Mother and I went shopping the whole morning, first to a fascinating shop in the Fulham Road where we both purchased some ripping cut glass things for H’s birthday. We had much bargaining and a great deal of fun out of it. We then proceeded to Harrods, The Scotch House and Tudors, having a late lunch at the Club. This evening we went to see “Dame Nature” in which Ethel Irving is very clever and very French and most harrowing.

March 10th
After a strenuous day we went off to a theatre, this time one of the new pieces at the Duke of York Repertory Theatre called “Justice”. I was much engrossed. It is a tragedy but intensely clever, written by Galsworthy, and each actor is picked for his part, but I was horribly harrowed again.

March 11th
To lunch came our dear old friend Mrs Winter and we took her off to the R.A. Concert at the Queen’s Hall. It was lovely to hear the old band again and Stretton is excellent. I saw hardly anyone I knew but our seats were very high up. To dinner came Capt Hume and Major Harding-Newman and we went off afterwards to the Arcadians where we laughed a great deal and went on to supper at the Savoy. I am out of tune with that place. It is so noisy, a perfect babel, and one has to shriek at one another till one is nearly deaf.

March 12th, Saturday
I journeyed homeward today, taking Mother and Aimee with me to spend the weekend with Gran as tomorrow is her birthday. On Friday I had heard some heavenly news but as it was then a secret I could only divulge it today which I did at tea when I proposed the health of Brigadier General Jackson. My dear man has been given the 2nd Division, Royal Artillery at Aldershot which falls vacant on April 1st. We didn’t think there was a chance until Sept and now we have only a fortnight to wait. (Wynne’s comment on Jan 28th appears to have been forgotten!)

March 13th
My dear old Gran’s birthday, she is 96 today and I have never seen her looking better. We all went to church and Mr Wingate had a special second service for her. She received a host of letters and presents and was quite bewildered by all the fuss we made.

March 14th
A perfect day, and much gardening going on.

March 15th
Mother, Aim and H left for Town this morning and I feel quite lost without them. I went and beagled, much bored by the crowd of pogbags.

March 16th
This day was spent in hard labour, carting soil and digging in manure and by the evening the new border was ready for planting.

March 17th
I drove in and fetched Herbert and did odd jobs besides going to the tailor and ordering 2 new frocks which I have not the money to pay for!