Wynne adored her visits to London, and appears to have been able to indulge herself, although on her relatively meagre means much of her outings were treats paid for by others – her Mother often managed to get free seats at some theatres, and in those days men took you out to dinner – as happened here, where she was treated to a meal at the Berkeley. The illustration below the menu is of the Savoy, which had only recently been enlarged, and which Wynne visited on July 6th, 1908.

As you can see on the Berkeley menu, Wynne has added a little rhyme, presumably referring to her consort, Charles Bridge, who added his signature before dashing off to sort out the attempted suicide. Wynne and Bridge often exchanged verses. 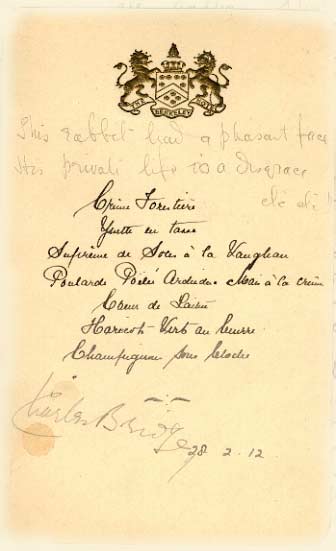 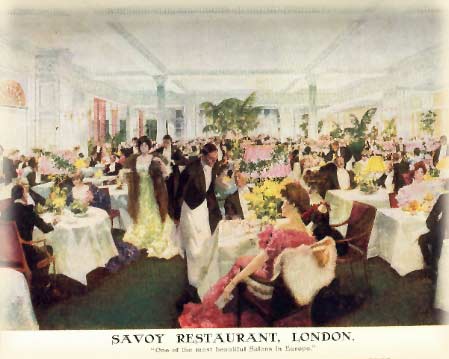 July 6th 1908
(Wynne writes in an earlier diary)
“Here is a picture of where I supped this evening. Philip Lyster came over and we dined first at the “Troc”, table No 90, (her favourite spot), and then went on to see “Jack Straw”. I laughed and laughed again and loved it all. We then went on to the Savoy which is the place to sup at now, very much enlarged and very smart crowds of the most fashionable people and the noise like a parrot’s cage.”