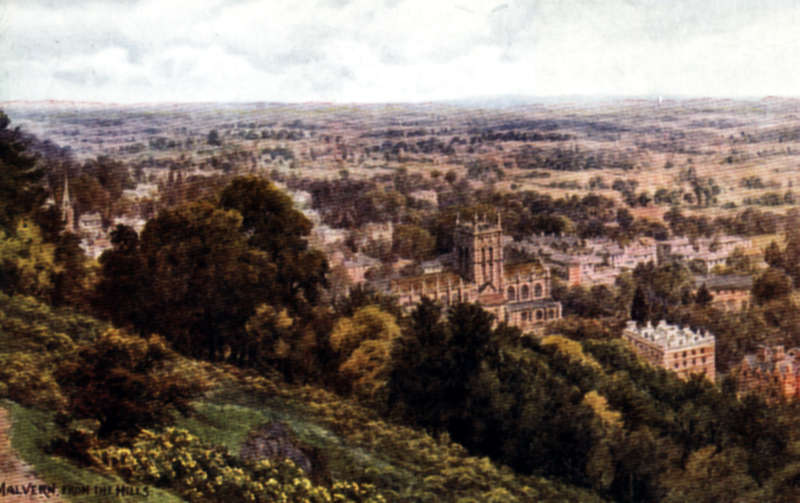 March 18th, Thursday
We went off to Malvern today by the early train. We arrived at 2 and deposited our bags and then went to claw out our babies. We strolled about for a bit, then Nootie had to return and we took Babs out to tea, returned her at 5.30 and Nootie came to supper. 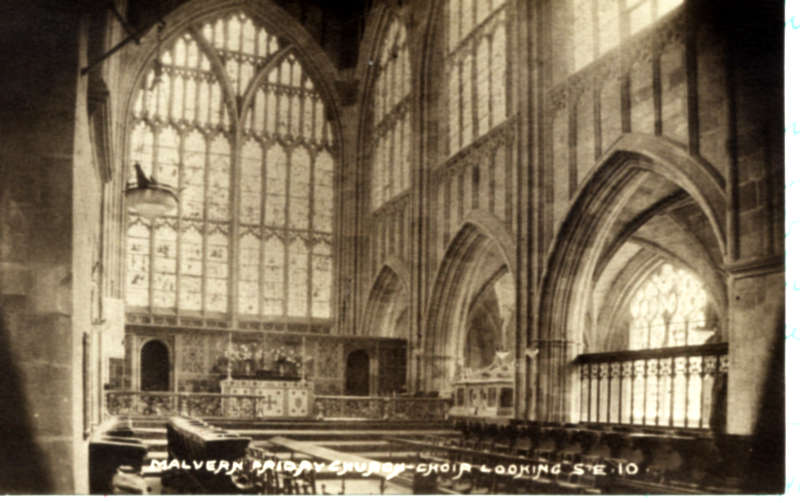 March 19th,
Mother’s birthday, bless her, and Nootie’s Confirmation Day. At 10.30 we fetched Babs and took her out to Little Malvern where we inspected the Old Priory. It felt depressing and deserted but this portion is still used every Sunday but the community around there is nearly all R.C. and so only about 12 people attend. All the stone has been bagged for houses and the ancient oak roof has been stolen, a sad little place. We returned to lunch and then went to the Priory (Malvern) and at 3.0 the service began. There were over 100 candidates and they looked so nice in their white frocks and plain veils like little nuns. The Bishop of Worcester took the Confirmation and spoke very nicely. The weather has been lovely, simply like June, and I could not bear my fur coat so went without. 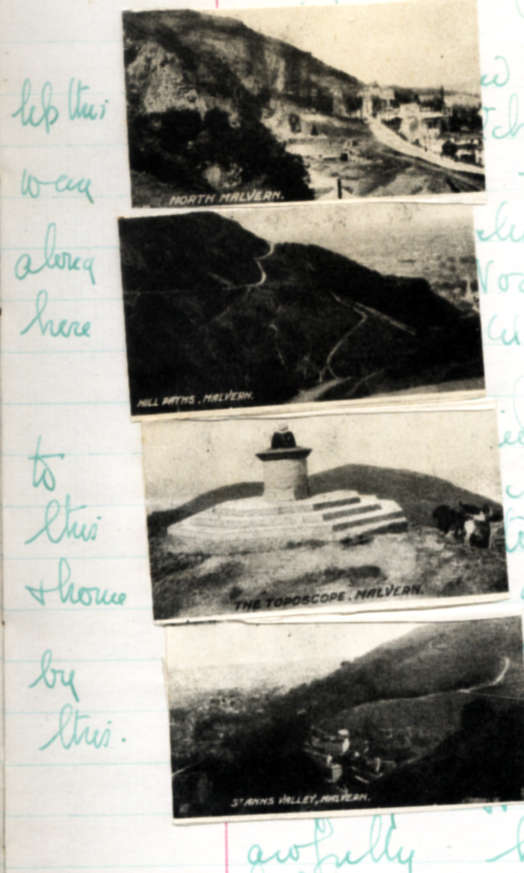 March 20th, Sat
Nootsie had work till 1.0 so we fetched them both then and had lunch and went afterwards for a lovely expedition taking bus to North Malvern and walking home right over the Hills. It was a pretty stiff climb but such a view, miles and miles of it, and we went right up to the very top of the Beacon where we got tea at a little hut and then returned home taking Babs back who is not allowed out to dinner but keeping Nootsie.

March 21st
Another blazing day. To early service and Mattins, the latter with both girls but Nootsie will go to her first communion on Easter Day. Spent the afternoon lazing with books. On taking Babs back Miss South told me that they were breaking school on Wednesday on account of the outbreak of measles but that we might take our two tomorrow! We were so overjoyed. We shall have them for an extra 8 days. Alas Pink doesn’t break until April 7th.

March 22nd
Got home to find all well at about 1.30 and to our great joy a heifer calf born this morning. Found letters from Walter, on these envelopes are the new republic stamps, vulgar atrocities but interesting. They are having Revolution and Counter Revolution and changes of government every 5 minutes over there. One can’t keep pace with it all and absolute chaos reigns, street riots and rebellion galore!  (see below)

March 23rd
I was thinking to myself as I worked in the garden that I had never known a March like we are having. We have open windows and no fires all day and really the heat today is quite enervating. (Needless to day, it did not last, and gales and rain followed, and Wynne complains of being blown into a hedge one morning!).

March 31st, Wednesday
I made over 6 lbs of butter but I am distressed about it as I cant get it to keep, at least I don’t like the taste of it at the end of the week. Capt VH (Vaughan Hughes) brought up the little pig! Great excitement, and as we had to pay £5.5.0 for it, it is to be hoped it will repay us presently by large families. After butter making I and the girls took sandwiches and water and went up to Ley Woods where we stayed picking daffodils till nearly 4. We got 30 bunches and so now can rejoice the hearts of lots of Londoners. 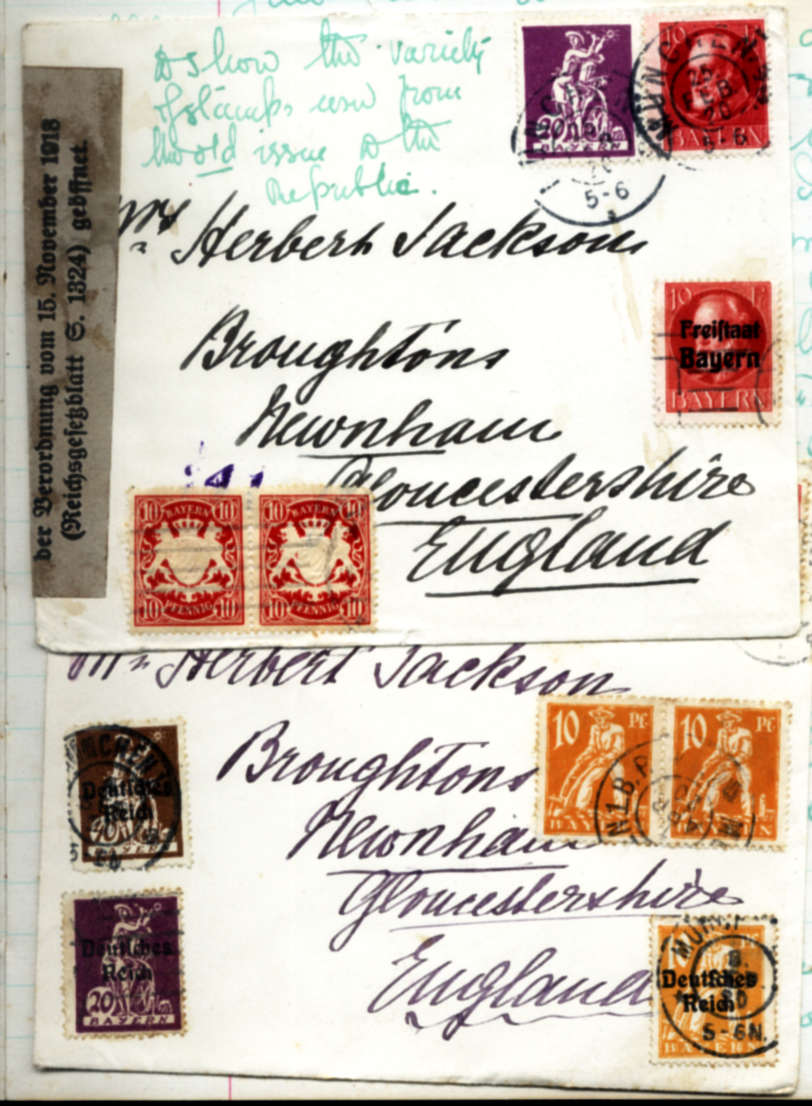 Walter von Poellnitz was living in Munich.  At this time Bavaria was in turmoil, with revolutionary movements and right wing counter revolutions, the monarchy having been deposed.  Times were very difficult for him, and that was before the great inflation which left him penniless.