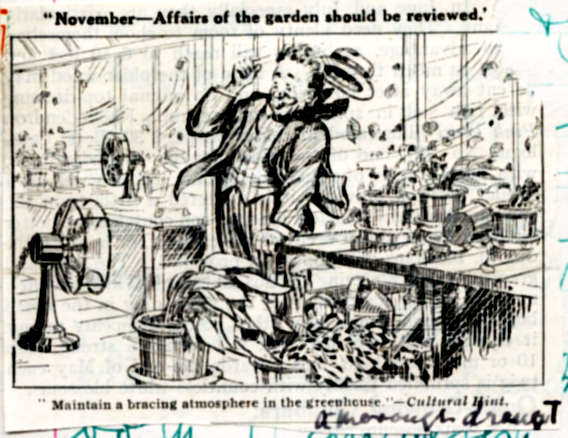 November 1st, Monday
I have to my regret utterly neglected my diary this autumn so I will give a short resumé and proceed or neglect it again, as the case may be!
The holidays passed away all too quickly and were full of tennis and picnics. All day long the children ragged and played, generally late for every meal and refusing to get up in the mornings or go to bed at night, but one thing I must not forget, always on churning mornings a ready and willing child was there to help and that meant getting up at 5.30!
Pink and Noots have had dancing lessons all the hols as I thought it might be of use in the winter. Dancing these days with all these new and fantastic gyrations is so complicated that one must learn them properly. Alas for the past glories of the splendid waltz, its perfect rhythm and music. Well all the world is mad and so its not surprising that they should gambol about like monkeys.
On Sept 4th I went for a Field Club Ex. and very greatly enjoyed it, to Bourton on the Water and from there walking. It was a real botany walk all through country rich in flowers I had never seen and our director was one Riddelsdell, an extraordinary old bogey of a parson who really looked like a 3rd class tramp but he knew every flower that grows and it was all delightful.
On Sept 7th my dear Blanche came and spent a night with us, as ever delightful and so brave and cheery, and the same day Mrs Wilkinson brought Maby over to lunch, the latter specially to see the three children, her children so long ago. She has aged and her hair is quite grey.
One most interesting show we went to was in Gloucester where the Bowers gave a delightful entertainment of Old English Folk Songs and Dances. Such inspiring music and quaint dancing. 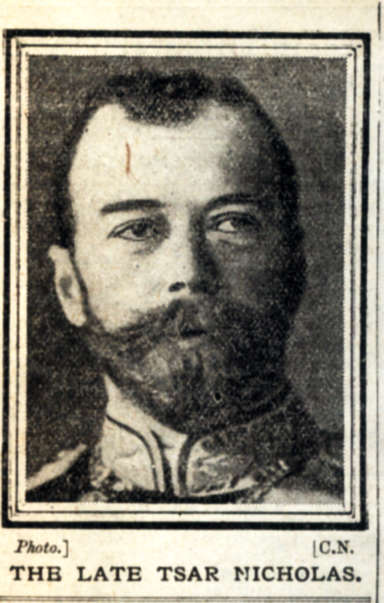 This cutting (see previous panel) is the true account of the ghastly happenings to the poor Czar and his family. It is the greatest tragedy and horror the world has seen for long and it seems it is seeing a good many these evil times. What times they are, sometimes one really feels as though the entire world were unbalanced: unrest, anarchy, labour struggles – the spirit of Bolshevism is everywhere. Here at home, though our share in the War is over, fierce internal strife continues. All labour is at war, a universal Coal Strike has just ended throwing thousands out of work and the miners are better paid than anyone in the community, literally roll in money, boys of 14 earning £4 a week and many of the men £7 or 8. For a short while there was fear of the Railways following suit but thank god it didn’t come to that.
On 17th Sept Pink left for Wellington and on 23rd the girls too departed and on the following day Maggie my cook so Sept 27th saw us entirely alone sans servants, sans children and sans visitors! 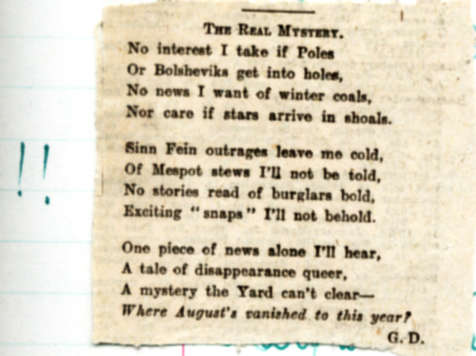 Maggie gave notice on the plea that she wanted to be nearer home and Martha, having for long behaved in a very strange and horrid way I felt it was a good opportunity for a change. She left in tears and I felt sorry for her. In her own way she was a faithful servant but her entire absence of manners and her rough and rude ways to which she frequently treats me have often depressed and infuriated me and I felt a change was good. We have now been 5 whole weeks of blessed calm and three days a week I have help from Mrs James and Letty. Our days are very full what with housework, dairy, and garden! A strange existence indeed and one could not have contemplated it a few years ago.
It has been a cold and grey day today, really typical of November, but we have worked too hard to really think much about it.

Nov 2nd, Tuesday
Lady Paget sent her head gardener over to inspect, a nice man but rather a grandee! However he condescends to accept some garbage from us. Mother wrote that she had lost her bag with £8 in it and all her little etc. I was distressed but tonight I get a letter to say at 10.30pm a mad female brought it back saying she had found it in a taxi and it was all intact!
This extraordinary Baboo letter is a relic of the War unearthed by Mother to whom Eve sent it at the time. I like the final sentence and especially the written postscript. How should it interest Eve in an official letter to know the family history of the writer!

(You can find out more about this in the 1916 diary, April through to November.   And you can check out December 1916 Elliot recovering in India). 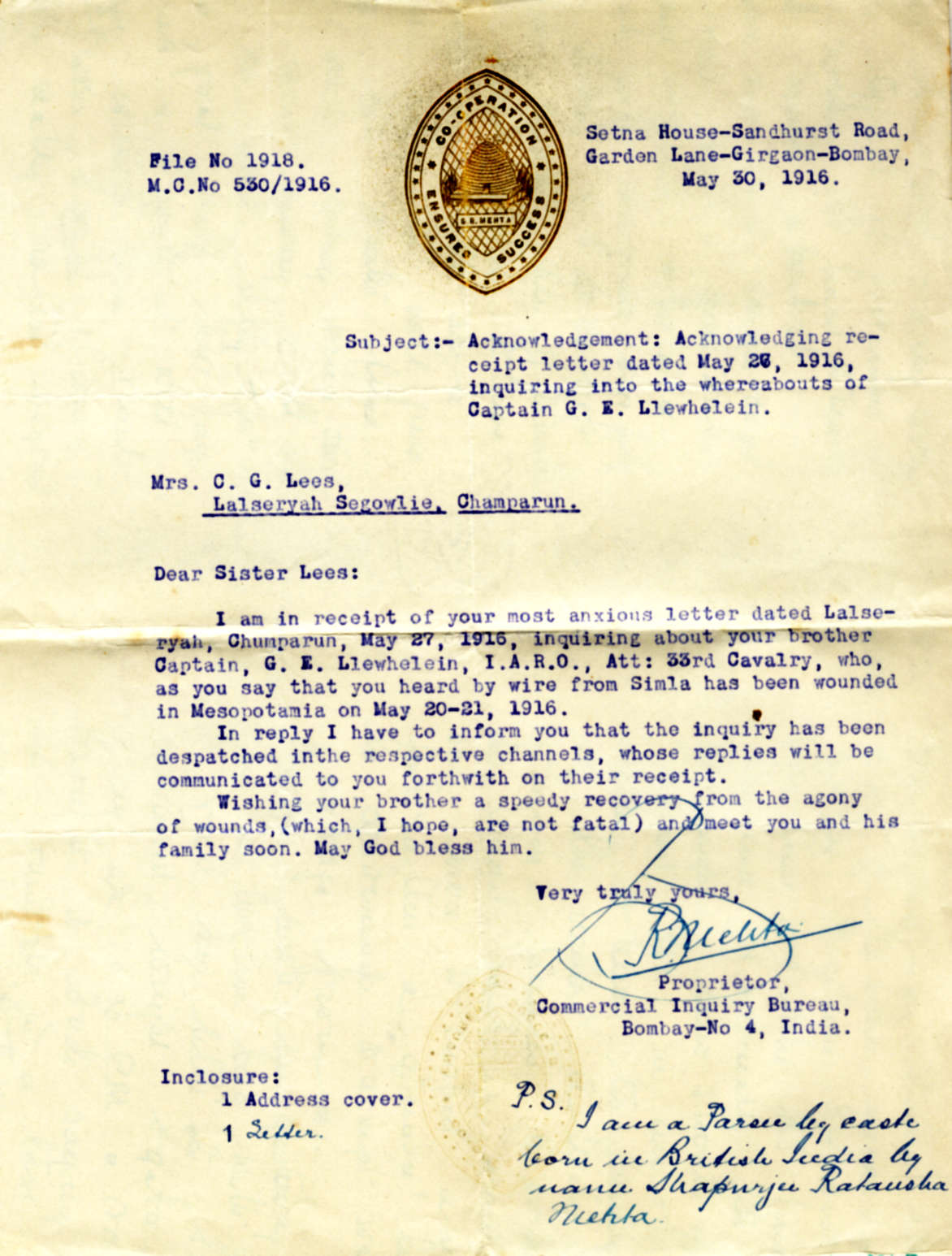