While in London Wynne was given some photos that Herman von Poellnitz had sent to his father.  Herman was a pioneer aviator, and died in Iraq in 1918.

The first photo was taken over Salisbury Plain, and shows the enormous spread of aircraft hangars.  These are referred to by Wynne on Nov 21st in the next panel, by which time they had become redundant.
The other photos were of Falfemont Farm on the Somme, in 1916.  It is probable that Herman or certainly his unit was responsible for these aerial reconnaissance photos taken between April and September. 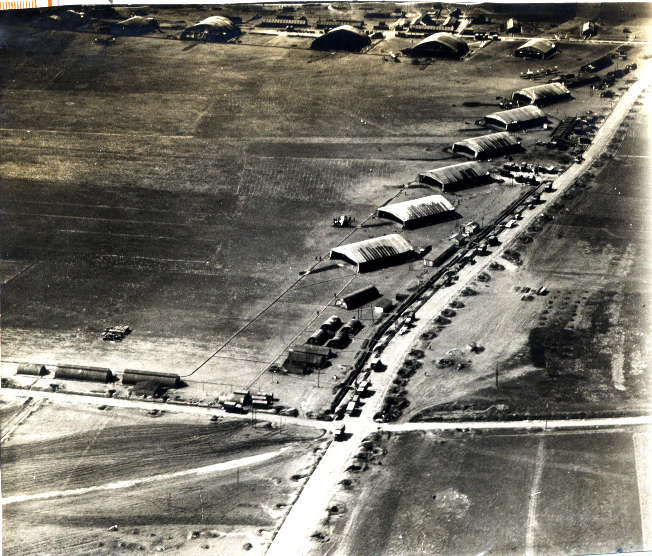 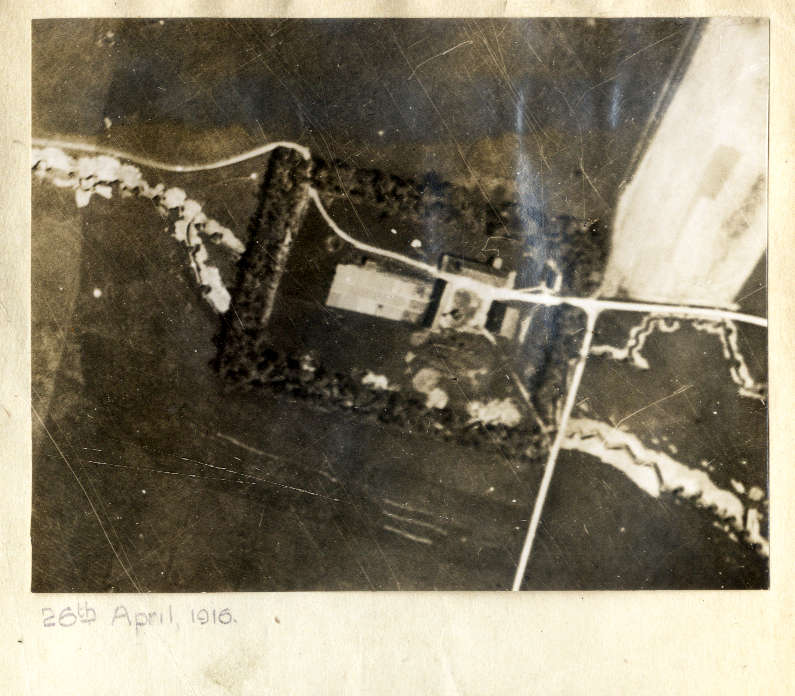 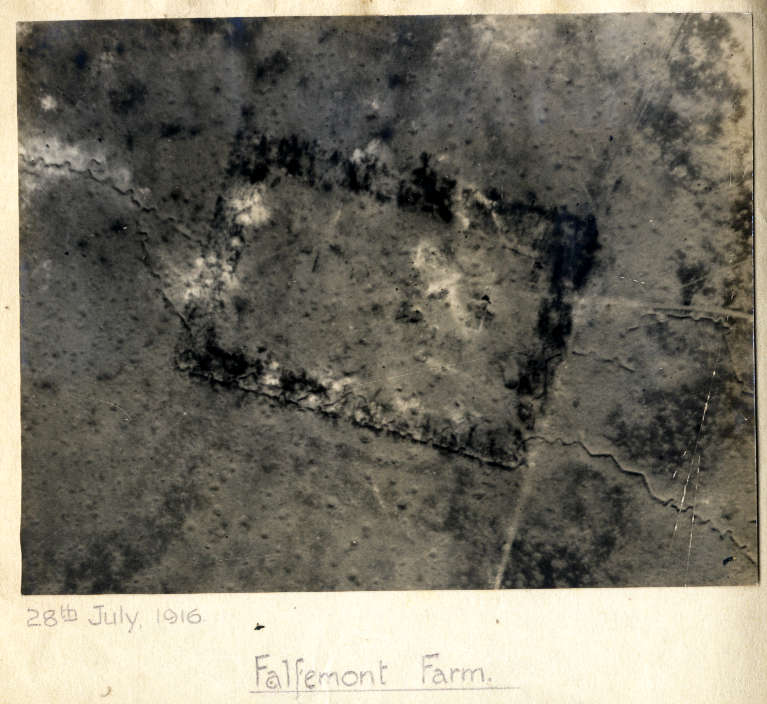 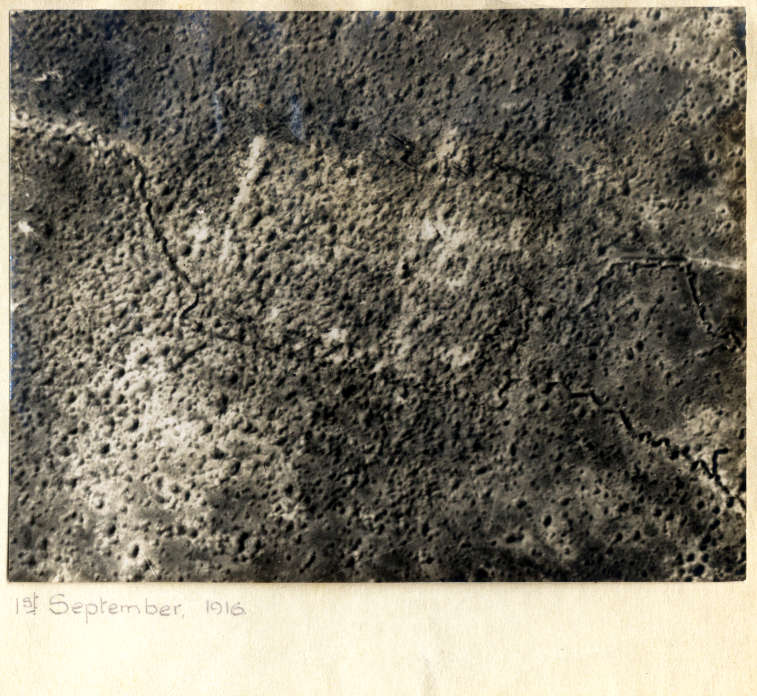