May 25th   EMPIRE SUNDAY
Once again to Wembley, this time to take part in the great Thanksgiving Service at the Stadium. The King and Queen were present and the crowd greater than ever so that their Majesties had arrived when we got into our seats: every bit of space was taken up in that huge place which accommodates 125,000. It was most impressive, massed choirs took the service and it is extraordinary to think of the millions “listening in” the whole time all over the world. There were loudspeakers attached to the dais so we could hear the Archbishop pretty well. 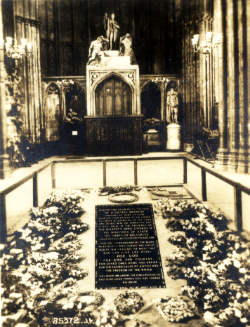 May 26th
We spent the morning at the Abbey and this time Mr Drake took us to the Crypt where the King’s Treasure was kept. On one occasion this was stolen, the Abbot and his monks being confined in the Tower and finally one of the latter was skinned alive, his skin which one can still feel, being nailed to the door close to the Chaplin’s house. (A lovely myth. Recent tests proved the door to date from 1050, so being one of the oldest in the UK, but the skin remaining was cowhide, once perhaps covering the entire door so it could be painted). We went also into the Jericho and Jerusalem Chambers where the public do not go and saw there the beautiful tapestries. After a quick lunch we went to the corner of Buckingham Palace Road to see the arrival of the King and Queen of Italy and saw it all beautifully.

May 27th
A very hot day luckily, for the Chelsea flower show began today. Found the usual immense crowd and the usual lovely flowers. This year I was particularly struck by the most beautiful exhibits, one of clematis and another of hydrangeas. We stayed till about 3.30 when we ran down to the Chelsea petrol place where one can get it (petrol) for 1/4d a gallon, such a saving.

May 28th
Out all day, first shopping then after lunch I went to Barts to see my cripple. The girl is terrified of splints and extensions which they want to apply but tomorrow a specialist is to see her and that will decide the matter.

May 29th
Having been given tickets for Ranelagh we drove down to watch the polo. It was lovely in the cool garden and afterwards had tea on the terrace. Among the players was the Prince of Wales, he rides in a very odd stiff way and I don’t think looks well on a horse.

May 30th, Friday
A lovely day in spite of the thunder last night. Morning spent in household chores. 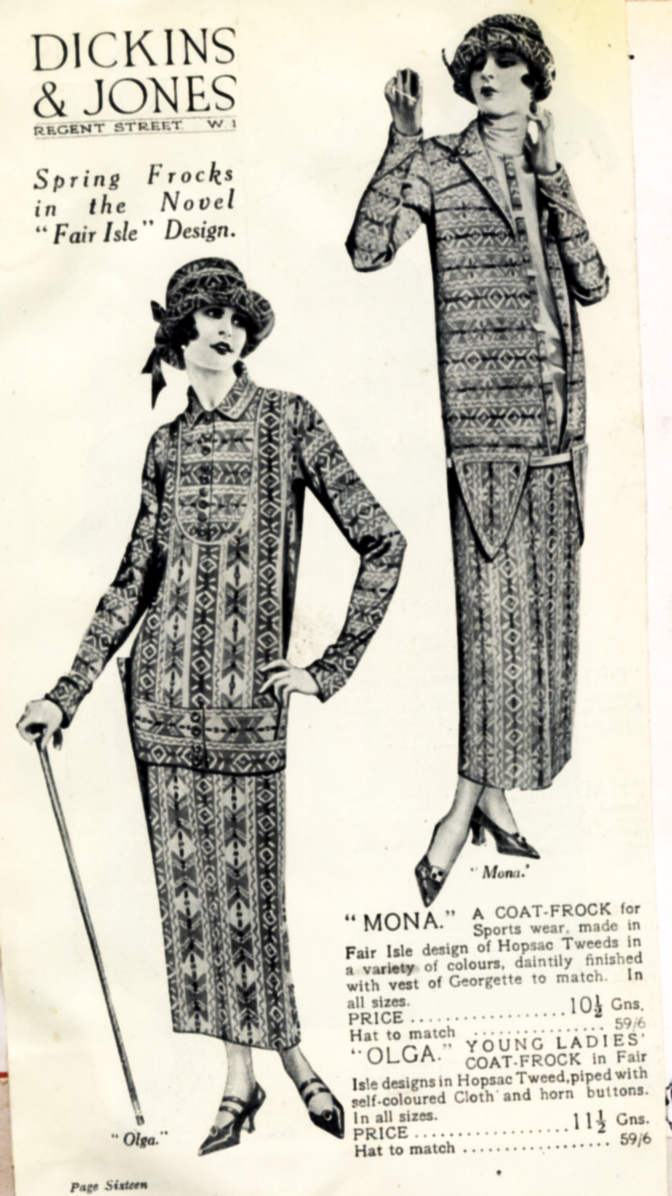 Another very enjoyable afternoon having been given tickets for Hurlingham. Enjoyed watching the polo, having tea upon the terrace and watching all the peacock females. It is the fashion this year to wear no sleeves at all, and little short 2 button gloves, to paint your lips a vivid scarlet and to don flesh-coloured stocking so that your legs look bare. Tiny “eye” parasols such as our great grandmother used, and brilliant colours . One woman had a bright mustard coloured silk. A few days ago in a shop I saw a parasol made of white fur to represent a cat’s face with large black eyes, ears and whiskers! It rather makes one long for the wilds of Kenya!

One comfort about the present is that one can smoke almost everywhere. I’ve not seen it on the public roads such as Piccadilly or Bond St yet but doubtless that will follow!.