The invitation to dinner with the Governor – and the menu, signed by him and his wife. 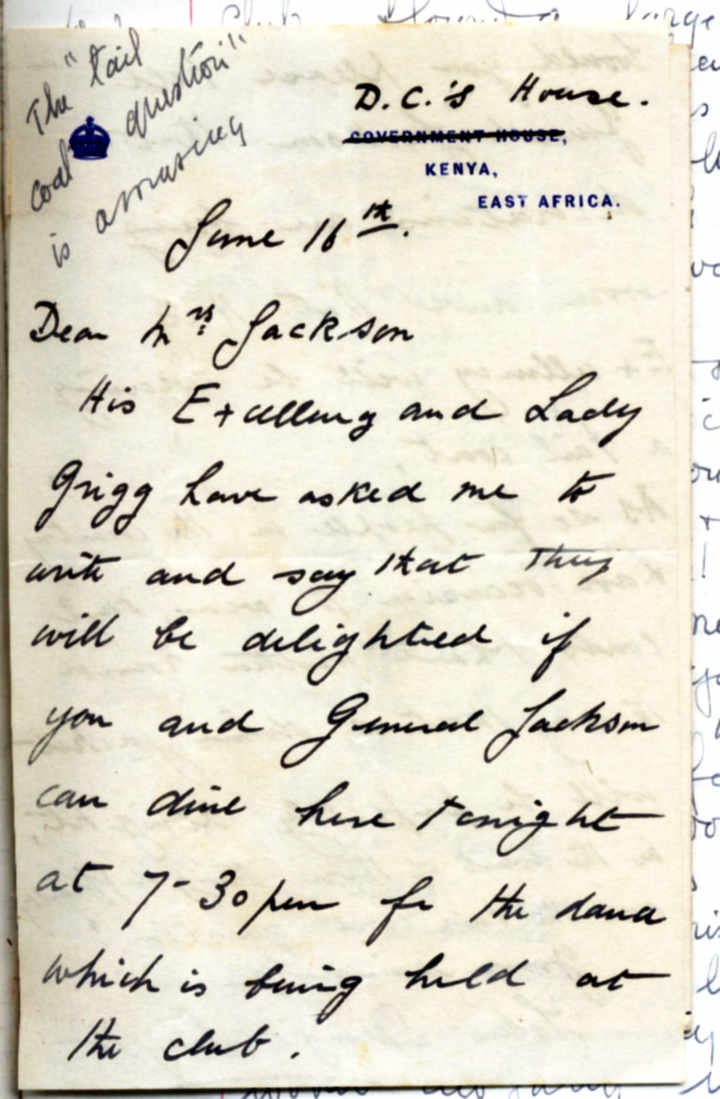 His Excellency and Lady Grigg have asked me to write and say that they will be delighted if you and General Jackson can dine here tonight at 7.30pm for the dance which is being held at the club.  Would you please tell General Jackson that decorations are being worn and that His Excellency will be wearing a tail coat,  As so few people in the country have occasion to wear tail coats I have written round to say that a dinner jacket will be perfectly alright, in the even of there being difficulty over the tail coat question!  Your sincerely, John Spring-Smyth.

(His Ex forgot to put his decorations on in fact, so as Wynne noted, her husband’s was the only one on show) 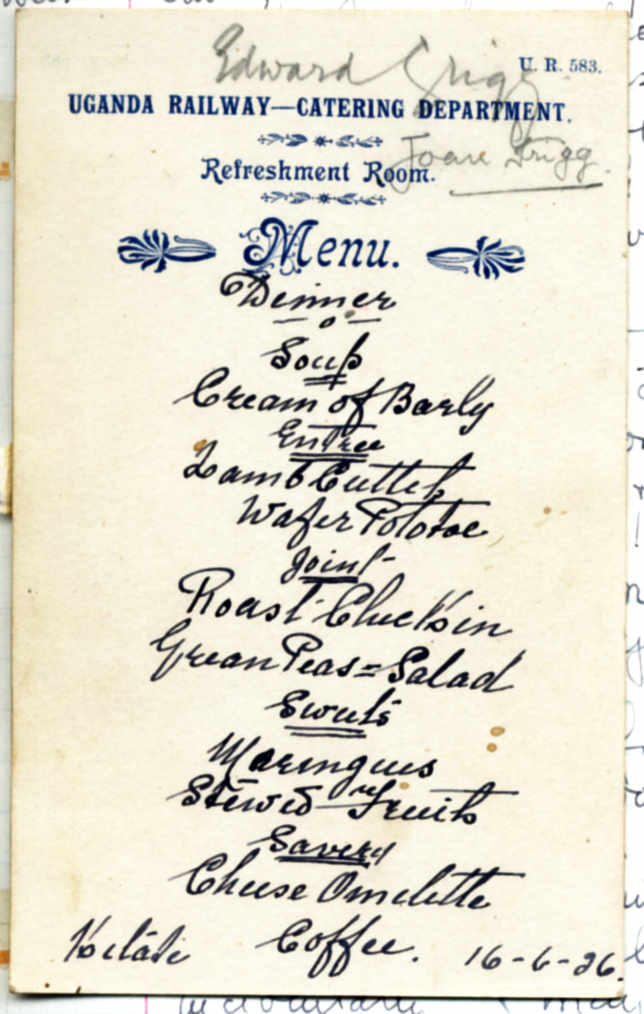