March 15th, Monday
Last mail came news from Mother of the arrival of a son to Win on the 5th February. (Win was a niece. While her parents worked in India she had lived with the Jackson family while she attended school. For a very long period due to the war she had not seen her parents at all but had returned there after the war and married). Another item of news Mother gave me is that she bought a car, an Austin for £345. I was surprised and I can hardly think it will be very much of a joy to her as she is so nervous driving.

March 16th
The breaking of the rains are upon us and in consequence there is so much to do. Planted 3 Nandi flame trees today. Am about to plant a lot of others, and everything has to have holes dug for them.

March 18th
Planted Acacia Linifolia, Bauhinia, Tristania conferta, Nandi flam and Solanum. My potting shed is just on finished and will be the greatest joy to me and I hope to put in many hours of work there.

March 21st, Sunday
I’ve spent the entire day writing letters, 8 of them, and have now cleared all arrears. I cannot do much in this line during the week. I get through so much manual labour that I’m utterly disinclined by bedtime. We had a big storm yesterday, thunder, rain and much lightening. Yesterday I had a letter from Ell who tells me he arrives at Mombasa on May 8th so that I shall set forth to meet him in a few weeks. I am looking forward to it and I cant say I shall mind seeing a few shops again either.

March 22nd
A day to remember as far as storms are concerned. It burst upon us about midday and simply hammered down. The whole sky inky black and the most fiendish noise.

March 23rd
Yesterday’s storm was entirely surpassed by todays. It was simply frightful, starting after lunch. The whole verandah swimming, a perfect hurricane blowing, and a continuous roll of thunder. This morning Pink and I began on the planting of the Cape Chestnut avenue. These are the kindred we bought from the Arboretum and they are to be continued by those of our own sowing.

March 28th, Sunday
My mail interested me much. Mother was full of her car of which she sent me a picture. It looks awfully nice and somehow or other she has managed to raise £470. This being so I cant see where the need for her constant monetary worries comes in and have written and said so! 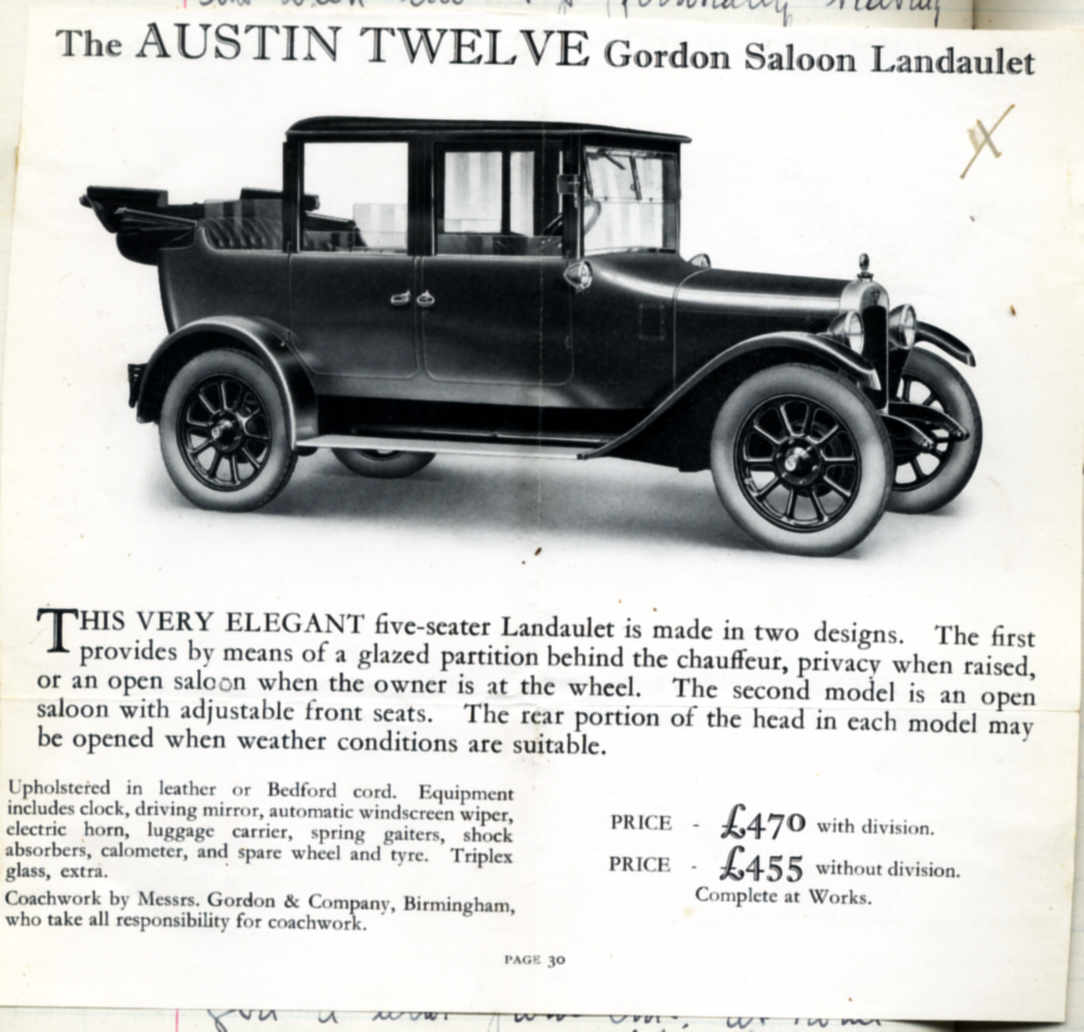 March 30th, Tuesday
Pink did not return yesterday and I thought nothing of it but I received a horrid shock by the appearance of his boy with a note to the effect that on Sat whilst returning from Eldoret he got a speed wobble and the whole turned turtle. Neither he nor Walsh were hurt but the car smashed up badly.

March 31st
Distressed to find another of our cows is ill. We went down to see it and beyond giving it Epsom salts were powerless, knowing nothing about them.