September 14th, Tuesday
On Saturday when the post boy returned he brought with him a letter from Mabel (Herbert’s sister, a missionary) who has been delayed in hospital in Mombasa saying she was allowed to leave on last Friday and would be glad if someone could meet her in Nairobi. There was no means of getting there so we wired to her and Pink went down yesterday. I only hope the wire will reach her in time to prevent her starting off alone. She has evidently been very seedy and says its some sort of heart strain. I shall be glad to see her and give her a real good rest before she returns to work (in Mozambique).

September 15th
A picture of Piccadilly Circus and Regent St in a state of demolition (see previous panel). How different it will look by the time we see it again, and probably quite a number of old landmarks will have disappeared. One hears also that one way traffic is established there too. I’m sure driving in Town would beat me now! I am full of gardening now and am rich in having a gang of 6 totos who get through a lot.

Sept 17th, Friday
A dreadful day of raging storms. We never expected that Mabel and Pink could possibly arrive but at about 5 they actually did having had a frightful drive. Poor Mabel was exhausted but hot tea revived her and it was nice to see her again after so many years.

Sept 19th, Sunday
Mabel and I went for a walk down the shamba and found to my real excitement several coffee plants in flower quite nice sprays. It was a thrill to see our first coffee flowers and smell their delicious scent. The wheat too looks splendid and the lower shamba is all in ear so we are getting on!

Sept 20th
Vile weather, almost continuous rain and such dark cold mornings. One thing it does suit more or less and that is the garden which looks a blaze of colour. My vegetables are splendid. 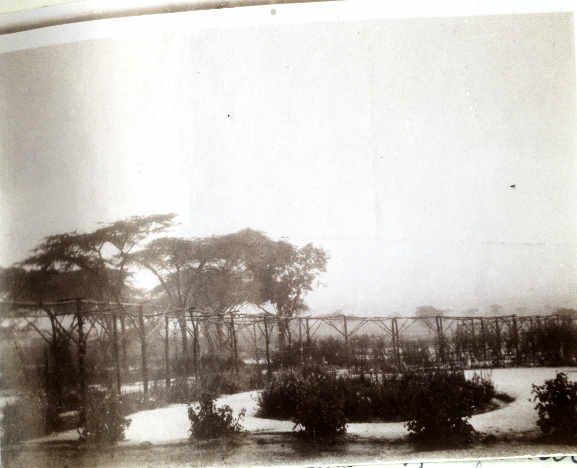 Sept 22nd, Wednesday
After a fine bright morning calamity overtook us. A frightful storm burst upon us at lunch and before we knew where we were the whole place was white with hail, with the result that my beautiful gay garden is no more. There is hardly a flower and nearly all the vegetables are beaten to pieces. The wash too has been frightful and great drifts of hail still lie about. An immense river of mud rushed into the verandah carrying with it quite a foot of hail into the bathroom which I had to have bailed into debbies. My new begonia bed all planted out with a big border of violets yesterday had a wash through it and has disappeared. Against all this though the latest wheat shamba is laid quite flat, the other two are barely touched and the coffee has also escaped and as these crops are the bread winners it doesn’t matter so much about my poor garden. 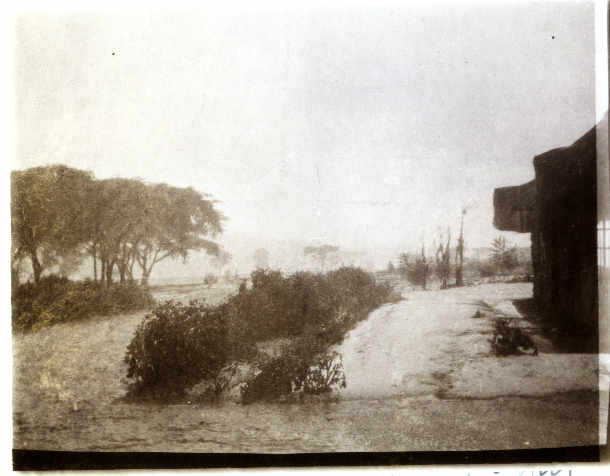