August 26th, Friday
A Red Letter Day!
For today we picked our first coffee!! Half a debbie and when the boy brought it to the verandah I could scarcely believe my eyes. It is really an event! and makes one feel as though one had made a beginning.. It is to be hoped that these few berries are the precursor of many tons to follow! Today Winner, the Massey Harris man from the Garage came up here to set the tractor to rights. This expensive toy has so far been a sad disappointment for almost from the beginning it has gone wrong.

Aug 27th
I solaced myself by reading Creasey’s Decisive Battles which I extracted from a cupboard. Darkness today reigned until evening so we made an early fire, shut out the unfriendly evening and played Van John till dinner.

Aug 28th
A neat story that Nelson, the Tororo D.C. told me. He recently received a new packet of books amongst which was one of Aldous Huxley’s, “Those Barren Leaves”, in a plain yellow cover with just the title. He cast this cover and the boy came in and swept up the room. Nelson then made an inspection in the kitchen and to his amazement found on the table his new book. Enraged he enquired the reason and meekly the boy replied, “But Bwana, that is my book”. Further incensed he picked it up and on glancing inside found the Holy Bible, the boy having thought to embellish his copy with the Huxley cover. The incongruity is priceless. 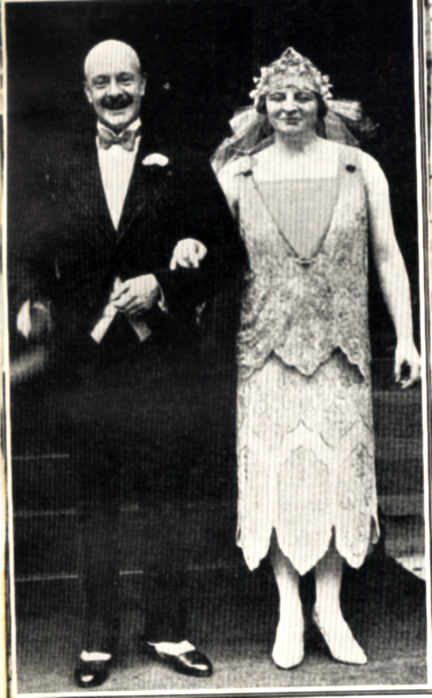 Aug 29th
Surely no bride or bridegroom ever looked more fetching. How can people when they look like this think a reproduction in the papers is necessary!

Aug 31st, Wednesday
A whole day spent away, first to Kitale there to attend a meeting of the E.A.W.L. where one talks a lot of blather and listens to others doing the same. Then Pink and I went out and lunched at Wartnaby’s . I went to the dentist and then we all rushed off to Elgon for the hockey and met many people. Cecil Johnson is starting a cinema in Kitale at Bucks Hotel which is closing down. An innovation indeed! It seems a bold venture.