The prayer mentioned on February 2nd.

There is some confusion about the authorship of this, since the original is attributed to Thomas More, and has been quoted often by Pope Francis.  However this version appears to have the work of Thomas Henry Basil Webb, the son of Lt. Col Sir Henry Webb.  THBW composed it at the age of 12, and after his death in WW1 his father bore the cost of repairing the crypt of Chester Cathedral, which contains a memorial to the boy.  This version then became known as the Refectory Prayer in that cathedral, presumably as a result of the connection. 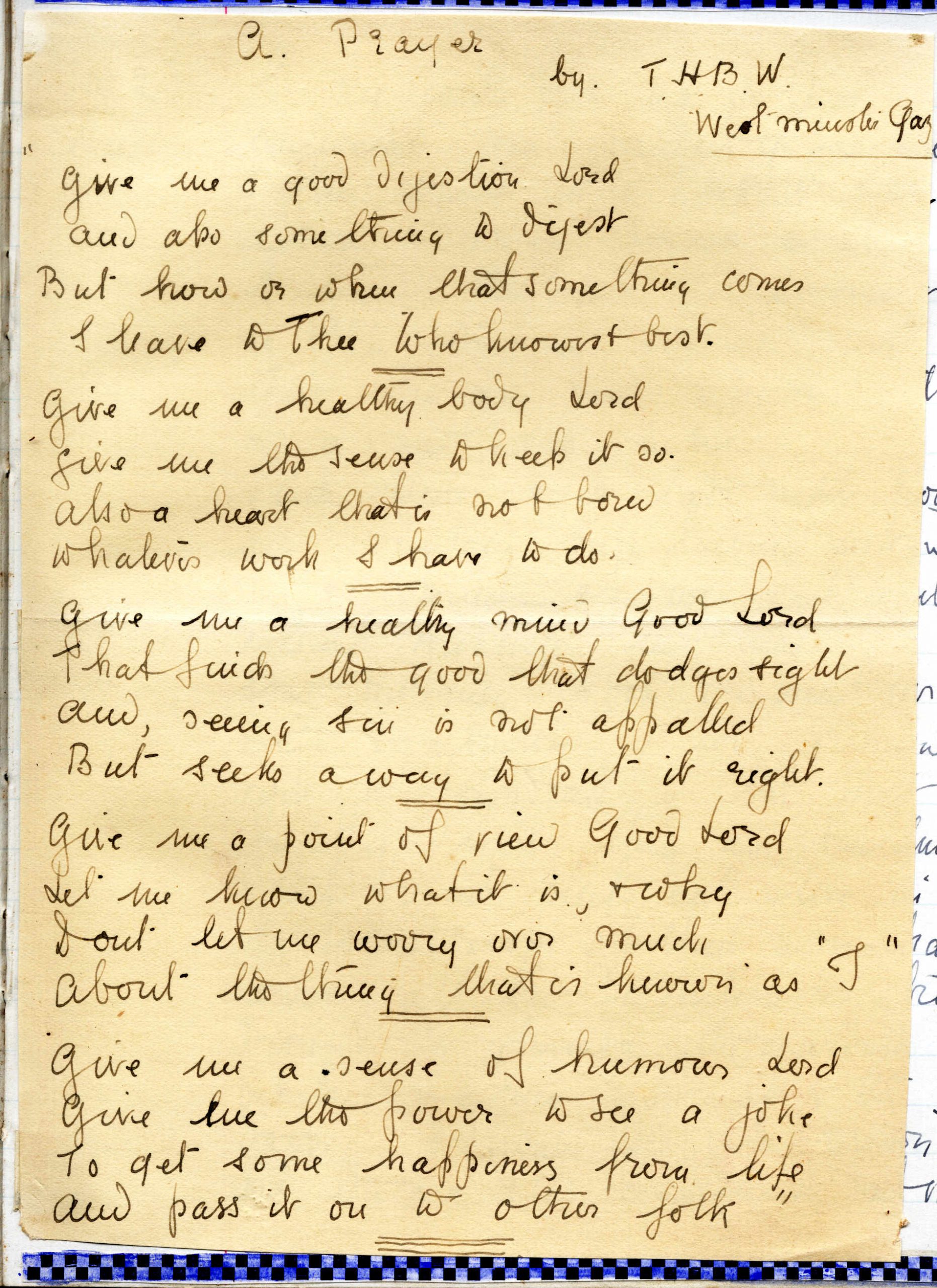 This is another version, also attributed to Webb

by Thomas Henry Basil Webb
GIVE ME a good digestion, Lord, and also something to digest;
Give me a healthy body, Lord, and sense to keep it at its best.
Give me a healthy mind, good Lord, to keep the good and pure in sight;
Which, seeing sin, is not appalled, but finds a way to set it right.

Give me a mind that is not bound, that does not whimper, whine or sigh.
Don’t let me worry overmuch about the fussy thing called I.
Give me a sense of humor, Lord; give me the grace to see a joke,
To get some happiness from life and pass it on to other folk.