June 17th, Friday
We left Eldoret this morning by the one train at 8.0 and after a leisurely dawdle arrive at K at about 11.30. We found Pink at the garage and had lunch at the club and then home. Oh, its very nice to be back and the garden much grown and so very gay.

June 18th
All morning busy cleaning up round my little store house and building a little boma for my cuttings. The whole family went and did its duty at a Bridge Drive at Elgon in aid of the Kitale Church. Letters from home today. Mother much upset about Noots.

June 19th, Sunday
This is the first Sunday we’ve been en famille and I really appreciate it. H and P spent no day of rest however as they were working all day on the wheat drill. We hope to start planting tomorrow. It is a most expensive game, the seed alone costing just under £100. We have indulged in a Cletrac and later a Sunshine harvester is to come, also a most costly article but once we “get going” all these things should pay their way. The building of a house is as far off as ever and it is just lucky our mud and wattle still holds good.

June 21s, Tuesday
My little store house was completed today. We discovered that our insurance did not cover stores so we’ve had to build a special house, such a bore, but now if it goes on fire we shall feel safer. Against it I have made a little shelter for cuttings.

June 22nd
The news of the moment is the birth of a daughter to the Manleys. It arrived sooner than expected and de la Harpe had to go for Miss Fidler at 3.0, no time for a Dr or a nurse so she was at the mercy of Manley and Miss Fidler and a book! At her age too, but all went perfectly well. What women do go through out here. 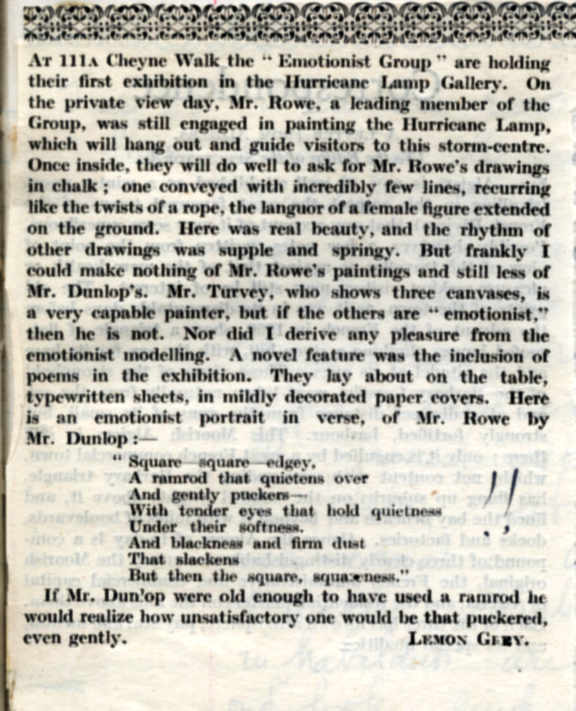 June 23rd, Thursday
When one reads this sort of thing one wonders what the world is coming to, but in other ages did people pose in this eccentric way, or is it this present age only, for if this is poetry let no more be written. I really think the world and its inhabitants are worn out and the general outlook tends to belief in Armageddon which authorities tell us is to arrive next May|!
Began crewel work bedspread. I am by way of making five eventually, which I do not wish to use until our house is built. Wheat sowing halfway finished.

June 24th
To dinner came the Leonards, many quilps, cranks and good natured gossip. Out here there is nothing much to talk about except ones neighbours. Pink returned at 7 and at an early hour goes off to fetch a young man called Dundas, of him and his reason for coming to see us I will say more anon.