Blanche Helene Umalie Fery…what a name, and what a formidable presence. Blanche really is like a ship in full sail. There is a twinkle in the eye too, and a reputation for derring-do – she was someone I think most of us would have liked to have met, particularly if you were male. She had a reputation for being great fun – someone who could be relied upon to liven things up. She was also very kind – a kindness apparently shown early on to a young man in India who by a chance of fate later became the Duke of Bedford. He never forgot her, and the numerous references in the diary to his box at Covent Garden or Drury Lane refer to his generosity in placing these perks at Blanche’s disposal. Much later still, in the 1930s when Blanche was ill and in very reduced circumstances, he would come to her aid more than once.

Blanche married George Llewhellin sometime in the 1870s. You can see the paintings she did on her letters to him during her engagement if click on the link. She continued to paint all her life, decorating not just her daughter’s diary, but plates, cups and all manner of china.

Ysobel remembered interesting little facts about both her grandparents, although she never knew her grandfather. Click on the arrow to hear what she has to say about them both, starting with Blanche.

The young couple were based in India, as George was the manager for the Maharajah of Darbangha in North East India. They had five children, two of whom died young of diphtheria. Of the survivors:

Eva was the eldest. She married Cecil Lees, lived in India and had one daughter, Win. It was Win who drew the maps of Brookfield you can see in the Love section. She occurs often in the early diaries, as it was the custom in those days to send children back to live in England. Eva herself was a competent painter of landscapes, and pictures signed E.M.Lees can still be found in the houses of her relations.

Elliot (George Elliot) was next in line, born in 1874, Wynne’s adored brother. The diaries are full of him, and of longing to be with him. He was educated at Harrow and went on to Trinity College, Cambridge, getting his BA in 1896. He went to plant indigo in India before the turn of the century, and so the family saw him only occasionally, but whenever possible Wynne would have an adventure with him, like the one in 1910 when she met him in Naples and then travelled slowly back to England on an extended holiday. That’s the sort of journey that will appear in the Travel strip. Elliot married quite late in life, Kay Dixon, and had no children. A picture of him at Harrow, taken in 1891, is at the bottom of this page.

Wynne, or Winifred Gladys as she should be known, was born on June 15th 1879.

On their return to England Blanche and George settled at Brookfield House in Tarrant Keyneston, In Dorset, and this became the much loved childhood home of Wynne. The early diaries are full of this house, and even more, of the heartbreaking final farewell to it in 1914.
They had hoped for a good retirement, but George died in 1898, and Blanche then discovered that her financial situation was precarious. This necessitated visits to India to try and sort out pensions, and various other desperate measures, including sub-letting Brookfield. No one in those days owned property – Brookfield was let on a long lease.

However for Eva, Elliot and Wynne the house proved to be an idyllic setting for their childhood, and when the diaries open in 1895 they have it entirely to themselves, their parents having set off for a trip to India – which in those days meant months, not weeks – in this case from November 95 until March 96. The only other adults were their much loved governess, Miss Scratchley, and Granny von Poellnitz. 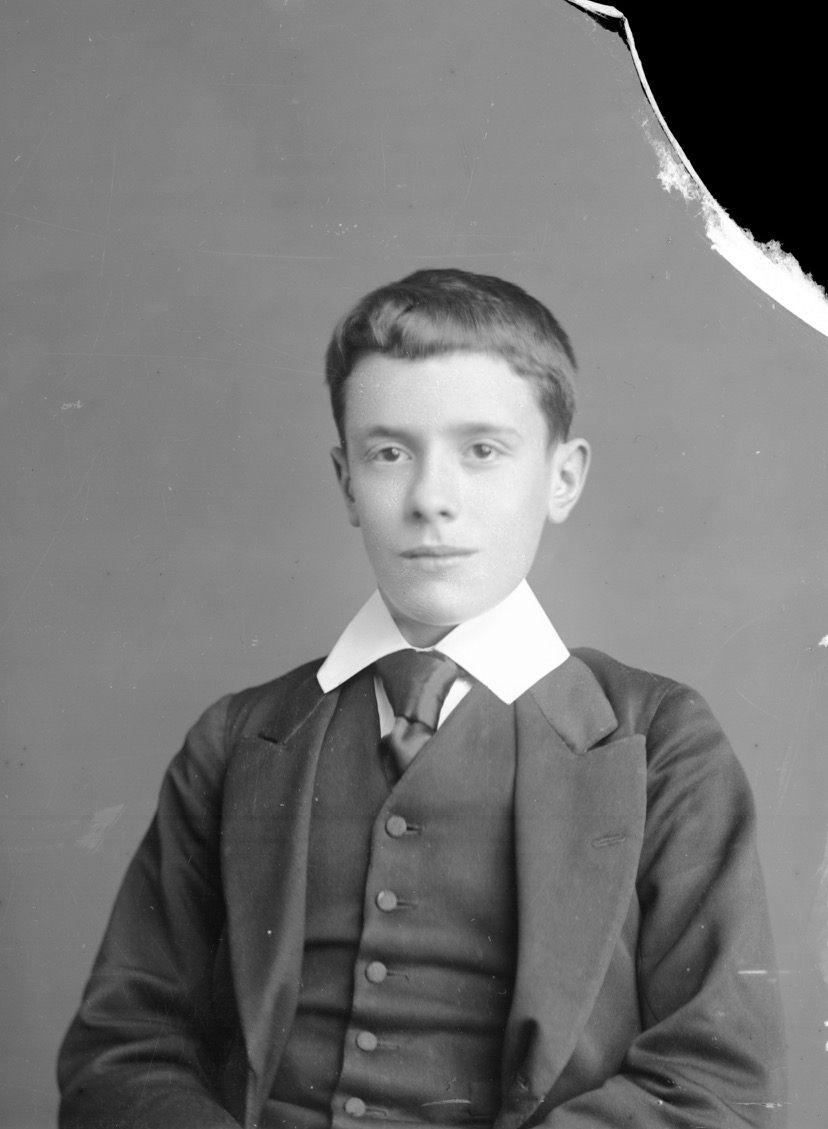 Elliot in 1891, from the Harrow archive