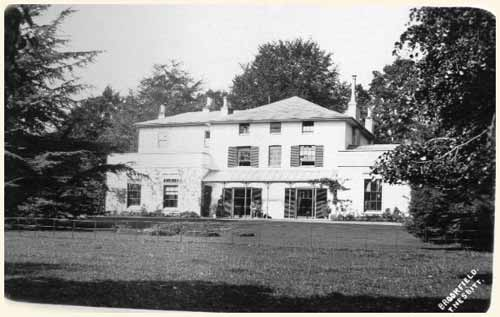 Brookfield House, in Tarrant Keyneston, was where Wynne grew up, and where she always felt happiest.

Her parents rented the house, and lived in it from the time they returned from working in India until the First World War, with one break when they had to sublet and move to a cheaper house to make ends meet after the death of her father.

The plans below were drawn in 1978 by Win Steed, Wynne’s niece who lived with the family for many years because her parents were in India. As you can see, she has marked the beech tree, which was obviously very important, as was the summer house, where many photographs were taken. 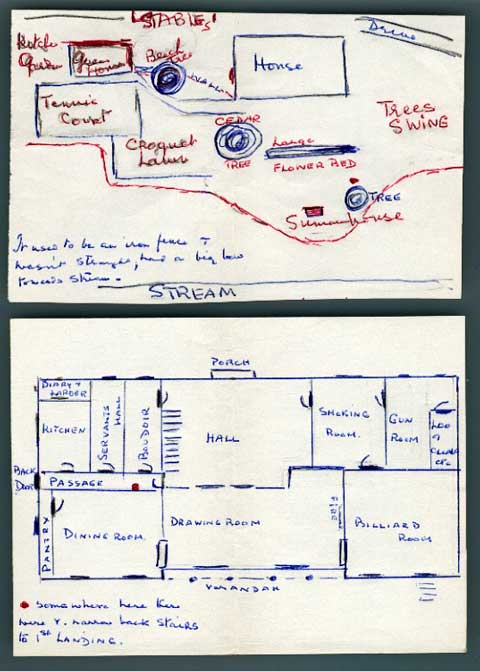 And below, a look into the drawing room, circa 1890 – this is the room Wynne would have known when she started writing the diaries…and probably the room where Mother told her to write to Charles and tell him it was all over. 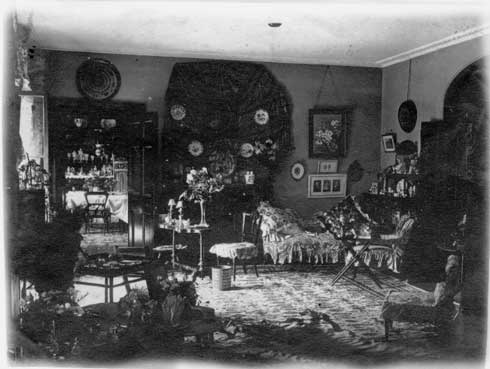