The latter’s name has been spelt many different ways – probably correctly with an e on the end – but she signed herself Eleanor on her 100th birthday celebrations, which you can see in the pictures in the next page. In the diaries she is always known as Gran.

Eleanore grew up in Scotland, in the Borders, the daughter of James (3rd Laird) and Caroline Elliot, and then went to live in what is now Southern Germany when she married. Hans was a Captain in the Royal Bavarian army, and they obviously moved around a bit because the children were born in different towns: Lindau, Wurzburg, Mannheim and finally Munchen.

Their eldest son was James Walter Ernst Friedrich. He was born on 12th October 1843, and is the Uncle Walter of the diaries, often contributing beautiful illustrations to the front covers. It is his work that decorates the top of his mother’s 100th birthday page here, and the 1912 titlepage in the Diary section.  He married Mary Alice Blyth. No issue.

Click on the arrow for Ysobel’s memories of Uncle Walter’s visits:

Then came Arthur George Machenzie Charles John, often mentioned in the diaries as Uncle Thurie, who in his turn married Caroline Elliot of Wolflee, known as Lena. They had one son, Herman,who was very popular with Wynne’s children.

Blanche Helene Umalie Fery came next, and she married George Llewhellin. You can find out more about them in the next section.
Finally, two more daughters: Charlotte born on 12th January 1851, and Aime born in 1855. 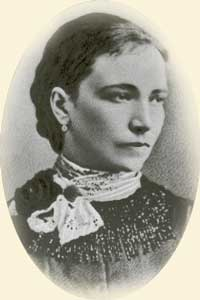 She died in 1885, long before the diaries commence, but Arthur and his two daughters, Ysobel and Brenda, feature prominently. Ysobel was one of Wynne’s closest compatriots, which is why the latter named her first daughter after her. Yso married Denis Vanrenen, and went to live on his estate in the Punjab. She had four children, and they in their turn make their occasional appearances in the diary. Yso appears a great deal in the early diaries, sometimes as Bill, and even Ebbo I think. They were very close, and as you can see from the January 1901 entry, when Wynne moved to Woolwich one of the pleasures was to have them nearby.
Brenda, Arthur’s other daughter, married Oswald Swayne and had five children.

Eleanor’s last daughter, Aime Emelie Elisabeth, married first, Hugh Fallowfield and second a Mr Macintosh who was not popular with the family and was known as the “Wow”. Aime and Hugh had five children, of whom the eldest were close to Wynne. In order of birth they were Nora, Bill, Algy, Rita and Walter.
As you can see, big families were common – but then children died young…or were caught later. Two of the next generation died in the First World War, and Yso herself came to sticky end in India.