‹ Back to Love - Herbert 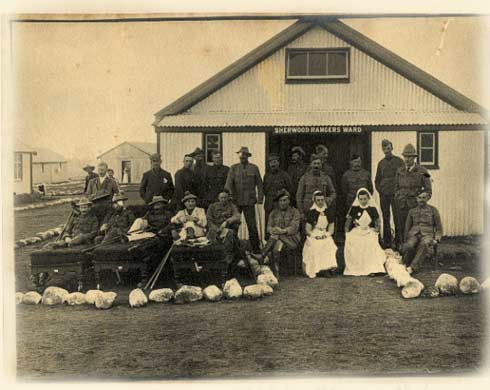 Herbert with the other wounded in the Sherwood Ranger Ward at Deelfontein Hospital in May 1900. The letter was written from here as he recuperated from his fever.