Some help with the nicknames, and a short glossary of some of the words Wynne uses in the Victorian and Edwardian period.

The Characters
Nicknames and abbreviations. 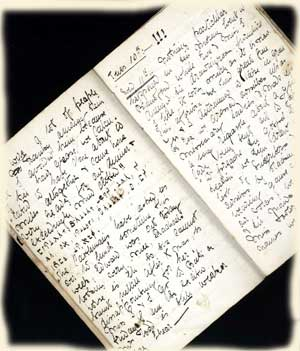 Some words you may come across, mostly in the early diaries.
Chippy: not well, ill
Decayed: off colour, tired.
Seedy: used indiscriminately to cover off colour to serious illness.
Bucked: to talk, prate, brag – also noun, a chat.  Also spelt bukh (from Hindi: Bak – talk)
Quilps and Cranks: to indicate a good party with jokes and chat, as in “I met many old friends and exchanged quilps and cranks.” (Feb 12th, 1923).
Barlowing, to Barlow: to go on educational and instructive outings, to learn interesting information.  From “Sandford and Merton” by Thomas Day.  Wynne’s children took the name of the pedantic tutor in the book and named their mother Mr Barlow after her love of these outings.
Chaffed: teased
Blues: as today, interesting to see it used so early, not related to the music.
Footle: waste time, play around, desultory use of time.
High jinks: same meaning as today
Dusty: as in not so dusty, good.
“on the Sheesh” – on a visit to London – begging?more pocket money?
Pogbag, pogbaggish: dull, boring (but note use for HKJ)
Ripping: wonderful
Kodak: used as a verb, to kodak something, ie: to photograph.
Airyfied: usually when saying something not a bit a…ie: down to earth, interesting
Tooled: rode, went (on bikes)
Datchey: touchy, off colour.
Jungle cramps – stomach problems
Twiddle-ums – ?
Frivolled: played with
Bardy: as in quite a b… party or group
Downy: as in trot to my downy, ie: go to bed.
Banting: slimming

And finally, Wynne’s secret code from the earliest diary…