This is a picture taken around 1895 at Brookfield, the Llewhellin family home which they rented in Tarrant Keyneston, Dorset.
From left to right, Blanche, ?, Wynne holding her pet cat, George, Elliot and Eva.
A typical family group – Blanche dutifully knitting, and Eva painting.
Both Elliot and Eva were destined to spend much of their adult lives in India. Of everyone in the group, Wynne seems the only one undecided about the photograph! 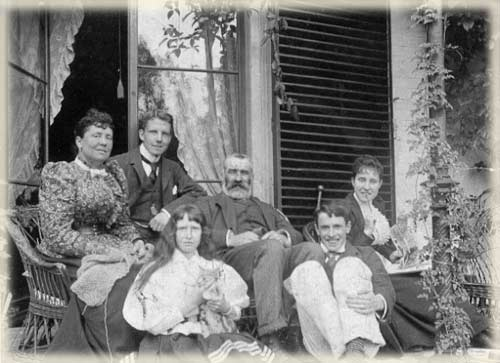 And here is an alternative portrait, from the very first page of the very first diary…clearly without her sister’s artistic talents, though if you look carefully you can work out where they are all sitting in the photo above.
BGS is Miss Scratchley, the governess; E.M.Ll is Elliot, Y.O.B. is Ysobel Butler, or Yso throughout the diaries; and the last weeping figure I think you can work out for yourselves.
Eva, Wynne’s eldest sister, who had been left in charge after their parents’ departure for India, was clearly too adult to be so depicted, although she later came in for a magnificent piece of tomfoolery on the part of Yso and Wynne, when both decided to pretend to be missionary ladies out collecting. 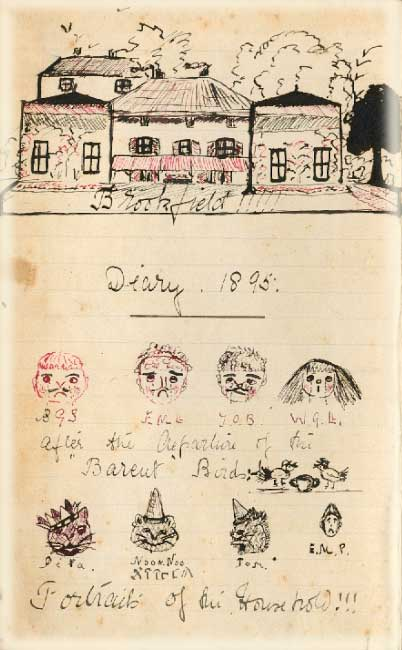