A packet of historic letters arrives.

They go to Malvern for their elder daughter’s Confirmation, and then all return home together.

A Letter written by Lord Elphinstone to his sister 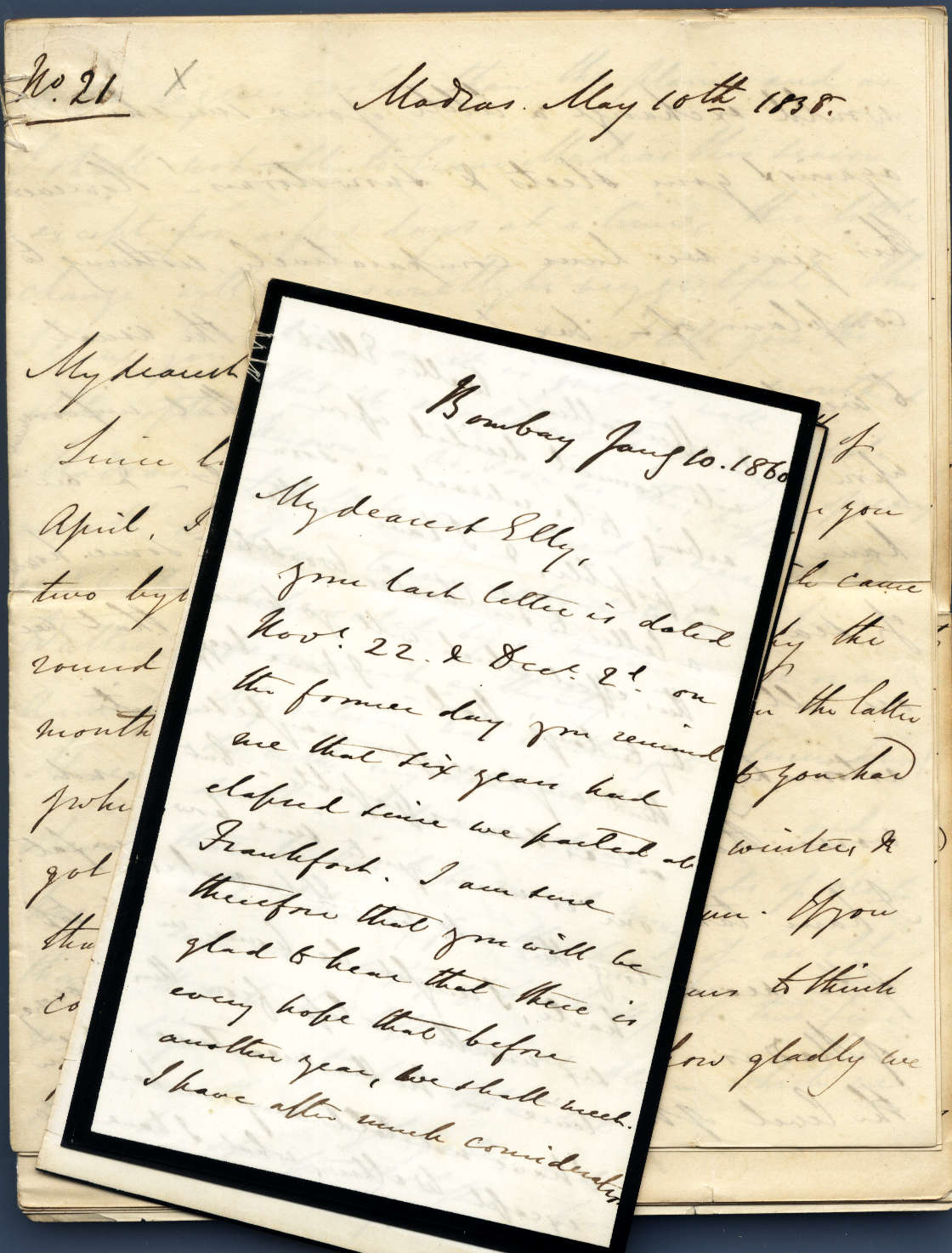 Two final letters from Lord Elphinstone at the end of his Governorship there.

A visit to Gloucester Cathedral to see the new windows.

A packet of old letters arrive, found in her aunt’s effects.