The family on Wynne’s Mother’s side came from Germany and Scotland (and on her Father’s side, from Wales). The German branch of von Poellnitz you will find constantly mentioned in the diaries. Grandmother Eleanore’s Elliot forebears appear less frequently, but do occasionally get mentioned. Below is a short history of her siblings.

The first Laird of Wolfelee, the Elliot family home, was William, baptised in 1688.  He had issue, of which Cornelius, baptised in 1733, became the 2nd Laird.

Cornelius (left, in a photo of a now missing painting) married in 1765, Margaret, daughter of James Rannie in Leith.  He died in 1821, and his second son, James, inherited.  The first son had died unmarried in India, having predeceased his father.

His daughter, Janet, married 12th Lord Elphinstone after her first husband died.
Her son was the 13th Lord, mentioned in the 1920 diary.

James, 3rd Laird, was born on 29th February, 1772.  He married in 1799, Caroline, youngest daughter of Walter Hunter, last laird of Polmond.  She died in 1824 and James married his cousin but had no issue with her.  He died in February 1855.  By Caroline James had issue eight sons and three daughters.  Their firstborn died in infancy, and Walter, the second born, inherited.

Wynne’s grandmother, Eleanore, was the eleventh and final child of James Elliot, 3rd Laird of Wolfelee, and his wife Caroline Hunter (see above).   She married in 1841 Herman Freyherr von Poellnitz and died in 1915.   You can read about her in the Family section of the diary. 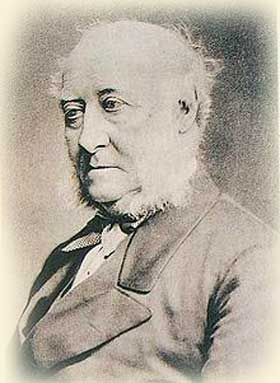 Her brother Walter became the 4th Laird, and had a long career with the East India Company Civil Service. He joined at eighteen and served for forty years. In 1837 he became private secretary to Lord Elphinstone, Governor of Madras, some of whose letters are preserved in Wynne’s 1920 diary. (Elphinstone was Walter’s cousin.  His mother was an Elliot, see above, the sister of James, the 3rd Laird).
Walter retired in 1860, as the Member of the Council at Madras, the highest position to which a civilian could attain. Like a lot of people at that period, he was interested in a wide range of subjects and made extensive notes about birds, wild life, coins and archaeological remains. He corresponded with Charles Darwin, and catalogued the mammals of southern India in the Madras Journal of Literature and Science. His collection of the coins of Southern India is now in the British Museum. He was knighted (K.C.S.I.) in 1866 and died at Wolfelee in 1887.  He was also LL.D and F.R.S.

Of the other members of the family, two brothers decided to seek their fortunes in Australia rather than joining the armed forces or the church, which was the usual fate for younger sons. William Thomas (known as Hobby), born in 1812, died in Munich in 1890, but his younger brother George Mackenzie, born in 1822, died out in Australia much earlier in 1856. The two men arrived there in the early 50s, and purchased a large block of land in what is now Queensland, near Rockhampton. The land was named Lower Johngboon, and consisted of 16,640 acres which were estimated to be enough for 4000 sheep. The exact description reads as follows:
“A block of land commencing at the lower boundary of Johngboon Run, on Johngboon Creek, and extending along the entire length of the Creek to its junction with the Baramba; the northern boundary being Mr Herbert’s Run; the southern Mr Piggott’s Woroon Creek Run; and the eastern the Baramba.”

George died on 17th April 1856 at Gracemere and was buried in the garden at the Gracemere homestead, owned then and now by the Archer family. His burial, marked by a stone, is apparently the first European burial in that area, as Rockhampton was only a year old. In 1956 on the hundredth anniversary, the local historical society held a ceremony and laid a wreath on the grave. The inscription is still quite clear: In Memory of George Mackenzie Elliot, fifth son of the late James Elliot Esquire of Wolflee (sic), Roxburghshire, Scotland. Who died at Gracemere, Fitzroy River, on the 17th April 1856 aged 33 years.”
He had been bringing up cattle to Gracemere, and in crossing a creek had become soaked, developed a fever and died.

When Thomas died in 1890, he left a small legacy which paid Eleanore £50 a year.  She was his youngest sister of the three girls born to James.  Of the other two, Caroline died aged thirteen and Elizabeth died unmarried in 1889.

The family home Wolfelee changed hands a number of times, was a school during World War 2, and then became a hotel.  It burnt down and was never rebuilt. 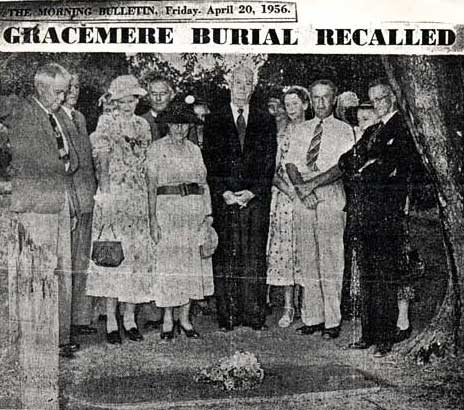