Wynne lived in many houses during her married life, Many of the early ones were little more than corrugated iron sheds, though she managed to make them comfortable inside. There are no pictures of the two earliest houses –

53 The Common, Woolwich (part of a terrace now demolished), and another army house in Aldershot they moved to in early 1904.

Army Quarters, Kildare
The first picture we have is of their quarters in Kildare, where Herbert was based from 1905 – 1907. They were invariably made of corrugated iron, as you can see if you scroll down to Bulford…however Wynne seems to have managed to make them quite cosy. 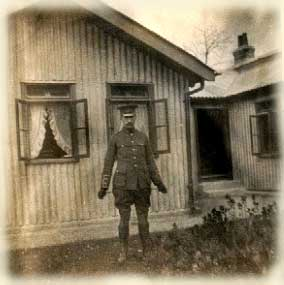 Sheffield – No 8 Taptonville
Then in 1907 the family moved to Sheffield, to No 8 – a house as you can see that stands to this day.  However they soon moved to a bigger house in Clarkegrove Road where they remained until August when they were transferred to Bulford. 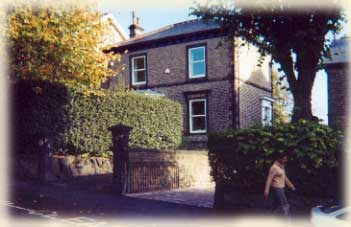 Bulford Camp, Salisbury Plain
Wynne disliked Sheffield, and was very pleased to move into yet another tin hut, (The Hut), this time at Bulford Camp, on Salisbury Plain. She was very happy here, and continued to live in the army hut until they moved to a large house near Aldershot, when her husband was promoted.

Click on the arrow for Ysobel’s recollection of this house: 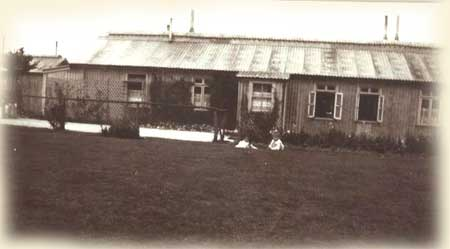 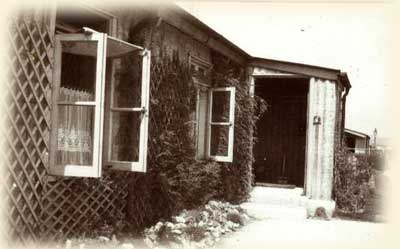 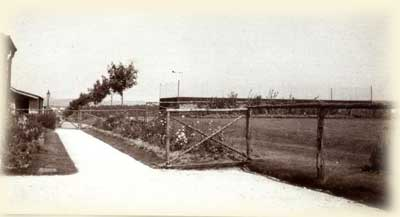 Upton Lodge, Upper Hale, (above) was a very happy home for Wynne, and she remained there from 1910 until 1916. They had intended to move when her husband retired in 1914, but the First World War intervened, Herbert was recalled, and in the end Wynne had to move to Somerset in the middle of the war to a house and village she came to hate. Below is a picture of Hinton End, in Hinton St George, where she lived from 1916 until 1919. 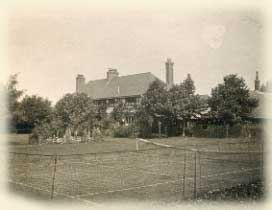 Broughtons, near Newnham on Severn.

It wasn’t until 1919 that they were finally able to retire, and they took a lease on a house in Newnham on Severn, called Broughtons. Probably for the first time, Wynne was truly happy with the house and garden – but even this was not destined to last….(take your mouse over the image to see what Broughtons looks like today) 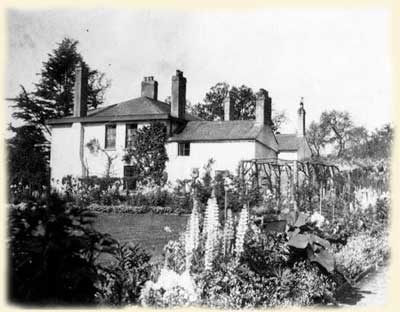 And so the family decided to emigrate to Kenya in 1924, and for the first and last time in her life, Wynne actually lived in a house she owned…indeed, a house they had built from scratch. They called it Kapretwa, and it was built on the slopes of Mount Elgon, in the Trans Nzoia district in the north of the colony. 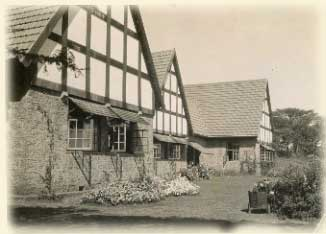